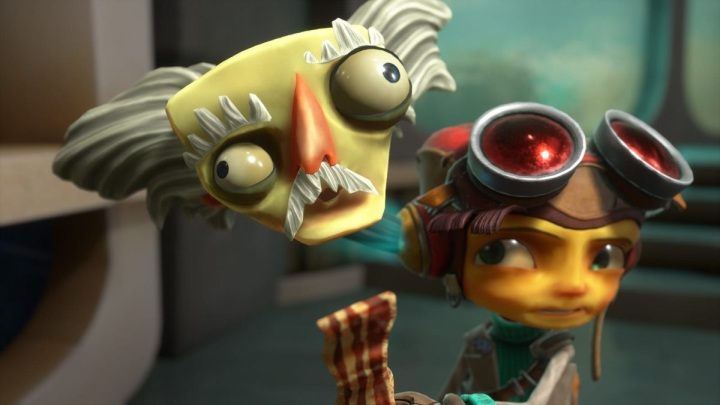 It was supposed to be done by now. We've been waiting for Psychonauts 2 for a very long time. Everyone was wondering what the team of Tim Schafer can surprise us with. Even now, on the official site of the project (on Fig.co platform), we can still notice that the anticipated release date is July 31, 2019... In fact, the game has acquired almost four million dollars of support on the aforementioned crowdfunding platform in 2016. The irony is that Double Fine Productions studio was acquired by Microsoft a half year ago. Relax, Psychonauts 2 will be released  both on PC and Xbox platforms, as well as on PS4. According to the latest news the game will be released sometime in 2020.

The project carried out by Schafer and his team of crazy designers is a freaky platformer, a direct continuation of the previous part. Once again we will play as Raz, a talented young boy gifted with psychic abilities who has joined the 'Psychonauts'. When it comes to the story the game will pick up after the conclusion of Psychonauts in the Rhombus of Ruin (first person VR part of the series).

If Christopher Nolan's Inception were a psychedelic platformer, then it would probably look like this game. Most of the levels are strange human minds which have to be explored. Players can expect some crazy gameplay full of imaginative visual solutions  all of that is complemented by an intriguing story.