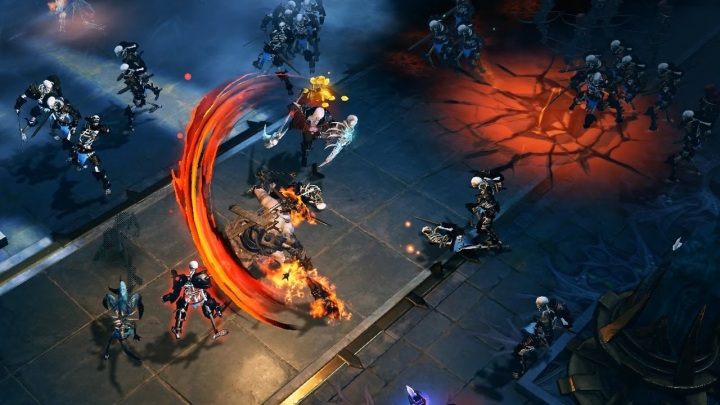 Confess. In fact, you are waiting for this mobile game. Not necessarily to play it. You are just curious what is going to happen. Are the players going to swallow the bait? Is Diablo Immortal going to turn out as a disgraceful flop or overwhelming success? I know that curiosity is consuming you. Come on, you can tell me about it.

I don't blame you and I'm not surprised at all. From a PR perspective, Diablo Immortal looks like a bizarre oddity. After the announcement it received rather bad press and caused mixed feelings among Blizzard fans. A clumsy, unwanted bastard, the fruit of a business love affair with Tencent (actually with NetEase), the effect of a pact with the corporate devil. If this game wasn't the headliner of Blizzcon 2018, then some players might have actually liked it or at least feel happy about it. The way Diablo Immortal was showcased, caused a massive shitstorm. This year, Blizzard has decided to move Immortal off the radar and apologized the fandom by announcing a long-waited Diablo 4.

What about the game itself? Well, it seems to be a decent hack'n'slash, adjusted to the capabilities of mobile platforms. For better or worse, it reminds Diablo 3 in terms of game mechanics and visuals. Players will be able to play similar character classes. The omnipresent darkness will have a more cartoonish style and the action of the story takes place between the events of Diablo 2: Lord of Destruction and Diablo 3. One of the brand-new game mechanics is the so-called Ultimate ability  it's a sort of powerful skill which has to be charged. After the ultimate bar is filled, you can unleash incredible destructive attacks towards your enemies.

If Diablo Immortal manages to avoid invasive micropayments and annoying advertisements, it may turn out to be a quite entertaining title that was simply announced at a very bad moment. I guess that we will play this game anyway. Also, it looks like Grinding Gear Games is preparing to launch a counterattack. The studio plans to bring its Path of Exile to mobile devices. And what about the Tencent corporation? It just lurks in the shadows, rubbing its hands due to the upcoming profit. Let's recall that Tencent owns shares of both companies (80% shares of GG Games and 5% shares of Activision Blizzard).