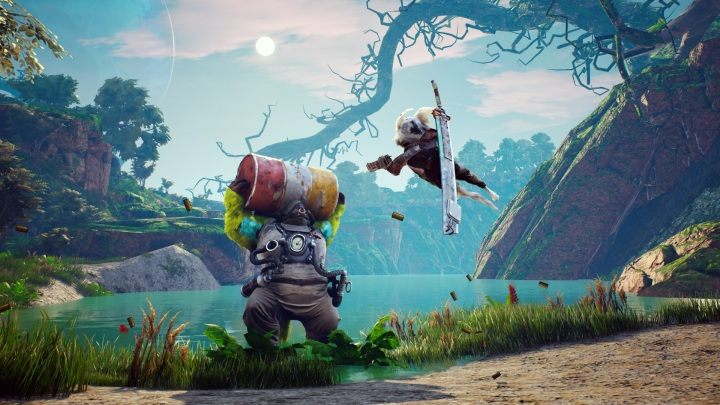 Okay, Doom Eternal is the game I've been waiting for the most, but Biomutant has caused a stir among players. It even intrigued me a lot. Because it's a potential explosive mix, which can blow away the gaming market or collapse under its own weight. I'm not surprised that Experiment 101 studio and THQ Nordic have delayed the release.

Biomutant  do not confuse it with Mutant Year Zero!  it will take players into the world which resembles the one depicted in Kung Fu Panda, the only difference is that it will be after the apocalypse. Apart from mutant animals, the environment is dominated by robots, and the whole game will most likely appeal to all those who grew up on Motomice and Teenage Mutant Ninja Turtles. Because it's always been a rough trip, when you start to think about it.

All this is served in the form of an intense RPG action title with a few interesting patents which transform a typically sandbox game into something much more valuable. Our actions will be commented by a fairy tale speaker who has a role of contextual narrator  this sort of feature was probably inspired by the idea used in the Bastion developed by the SuperGiant Games studio. Besides that, you may expect lots of spectacular action, battles which look like they were taken straight from the DreamWorks productions and an intriguing world to explore.

All that remains is to wait and see how it will work out in practice.

In addition to the long-awaited video games, there are also a few minor titles, which are worth mentioning.

Recent financial flops of Ubisoft have forced the studio to delay and postpone a few upcoming titles. One of them is Skull & Bones  as a corsair, from the Golden Age of Piracy, you will sail across the Indian Ocean and encounter various enemies (controlled by computer AI) or other players, almost like in the Black Flag. At first, you will command one ship, but in time, you may be able to expand your forces into a small fleet.