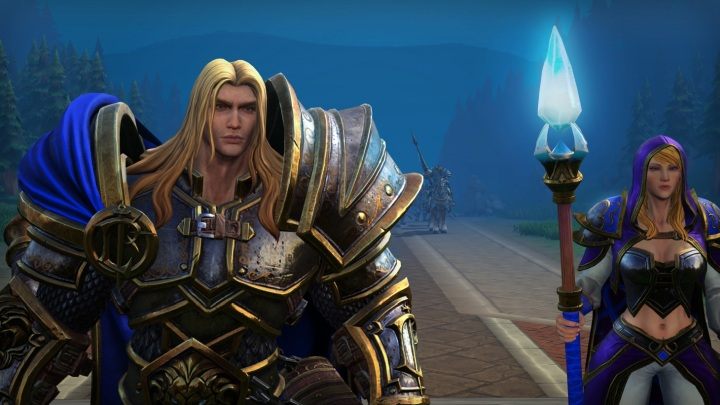 No king rules forever, but some may occasionally rise back from the dead. After StarCraft II had slightly went out of e-sports fashion, Blizzard has decided to counterattack with a remastered version of his golden child. Warcraft 3: Reforged is coming. And finally we know the answer to our big question  When?! Warcraft 3 Reforged will be released 29th of January 2020. This is contrary to earlier announcements, in which the game was to debut at the end of 2019.

Old fans of the franchise may simply dislike the popular MMORPG, which continues the stories that originated in Warcraft III and The Frozen Throne. Also, they may disagree with the current direction of the plot presented in World of Warcraft, and consider it a bit over-the-top (perhaps Thrall will save the day as always or... even Arthas may return to his former glory  who knows what's going to happen in this never-ending story).

Warcraft III: Reforged is being addressed to such players. It's a full edition of Warcraft III with The Frozen Throne expansion set. We will rediscover the story of Arthas, Thrall, Jaina and the rest of lead characters who have changed the world of Azeroth. Once more, we will relive the story which depicts the fall of a noble warrior. Story about the plague and sacrifice  but this time we will experience it in a new, refreshed design, polished visuals with decent animations and re-recorded dialogues (most voice actors have reprised their roles). Once again, we will play as humans, orcs and the undead in classic RTS campaigns and multiplayer scenarios. At the end of October, multiplayer beta-tests were launched.

Blizzard's not ready for Warcraft IV yet. Perhaps it will never see the daylight, because WoW is still a lucrative cash cow. So maybe it would be appropriate to vote with our wallets, to demonstrate Blizzard that fourth installment is worth the effort. As long as the Reforged actually turns out to be worth it.

In addition to the long-awaited video games, there are also a few minor titles, which are worth mentioning.

Not much is being said about this game today, even despite the fact that it has caused a small revolution in the past. It proved how much potential lies in cel-shading rendering technique and how slowly it ages. Besides, the action-packed detective storyline was pretty cool.