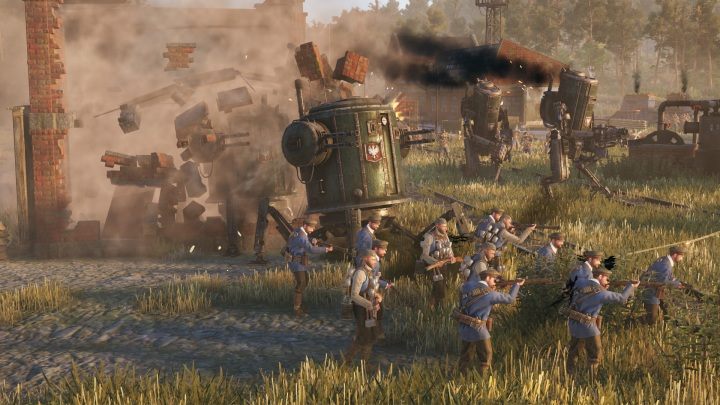 Just as in the case of the aforementioned Wasteland, the creators promised an earlier release date, but it was changed quite recently. We must admit that KING Art Games studio has some balls to release such a game on the first of September (2020). I still don't know whether it will be raved and well-received by the players or end up as a dreadful scandal, but I'm already preparing a large bowl of popcorn.

As a reminder, Iron Harvest is an RTS similar to Company of Heroes. It focuses on tactical and strategic operations, in which base expansion has been limited to the absolute minimum  instead there is a lot of combat, stealth and diversion. Players will lead a limited number of troops into the battle with the support of dieselpunk mechs and their leader (main hero).

These are rather well-known game mechanics, mixed in slightly different proportions than usual, but fans of the aforementioned Company of Heroes or Dawn of War series will feel like home. Except this time they'll be surprised by a new setting. Iron Harvest was set in the alternative vision of the world, created by Jakub Rozalski  gigantic walkers and battle mechs have stepped into the battlefields of the 1st World War.