This is where the scale of Night City becomes problematic for Cyberpunk 2077. The big side quests offer quite a few masterpieces that match the high quality of the main thread. However, there are not enough of these great stories to cover the whole city evenly. CD Projekt RED was aware of the problem and made sure that the map doesn't lack activity markers that guarantee dozens of hours of fun. But is this really fun? 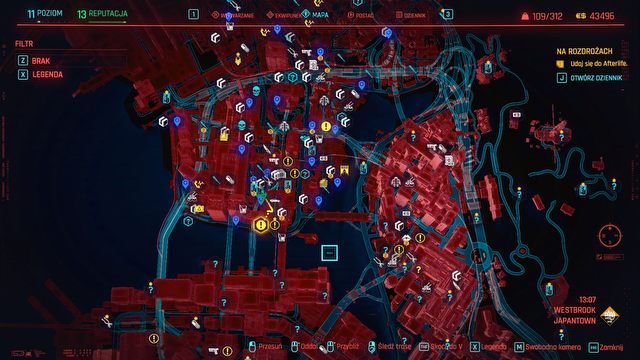 I was quite surprised there are no barber shops and surgeon clinics.

For some time, I was trying to scrupulously complete the contracts and crime reports from my journal  but then I felt like I was playing Far Cryrather than an heir to Deus Ex. I admit, contracts happen to have interesting and rich storylines. However, they usually resemble what we do every day in Ubisoft sandboxes  we enter various places and fulfil a small objective such as infiltration, stealing, planting devices or eliminating targets  the only choice left for us to make is whether we do it quietly or guns-blazing.

Perhaps CD Projekt RED wanted to emphasize  faithful to Cyberpunk 2020 lore  that Night City is an extremely dangerous place where violence lurks around every corner. Ok. However, it becomes a little weird when the only thing we do for hours on end is going around the city blasting fools. Even car races were oddly combined with shooting.

This probably is still better than being called by your cousin Roman and going bowling with him. But why not introduce gambling games in any, even the simplest form? You can dance on the dance floor in a few clubs  this could be more compelling with a mini-game. In the Afterlife, there is a pool table  why not make use of it? Not to mention such mundane things as doing cab courses or playing arcade games, which are scattered all over the city. You can clearly see the untapped potential of the entire city. Too bad CDPR didn't really seem to follow the "when it's done" etiquette. 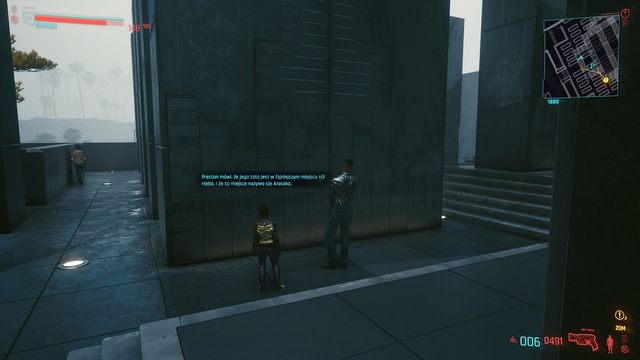 Night City vs. Los Santos  which do you find more compelling?

Needless to say, Cyberpunk is in this respect particularly uncompelling when compared to Grand Theft Auto games. Rockstar allows players to live the life of a big city like no other developer  from visits to casinos and nightclubs, through playing golf and tennis, to working as a firefighter or a policeman (the last two were not featured in GTA V, which can be considered a step backwards from the older entries). Even Fallout 4 provides diversion from the everyday hazards of the wastelands, offering a handful of mini-games on the Pip-Boy.

A glitch in the matrix

This is one of the most broadly discussed subjects in Cyberpunk, so I won't be repeating stuff that you can read on the web. The most glaring issues of the opne-world simulation are the police, who instantly spawn behind you, the crowd that only acts right if you don't try to interact with it, and the traffic, which sometimes comes to a complete halt (though you could argue this actually does happen irl). Those of you who like to complain will have a field day with this game. 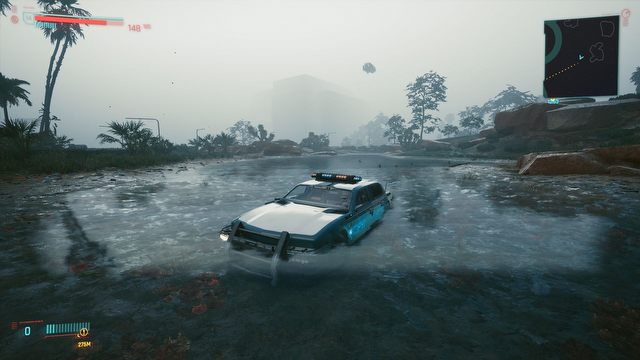 The game's engine has some issues  from weather generation to water physics.

Some of you might ask a warranted question: why would Cyberpunk even try to be on a par with GTA in this respect? These are different genres, as we've established. The answer to that question is simply this: It was CDPR's ambition to do it. The advertised the game back in 2018 saying that

Interactive world was an inherent part of the experience. They stated that their goal was to bring a convincing open world in Night City. One with elaborate crowd and social systems that would create one of the most realistic cities in open-world games, with streets swarming with people of different social status, living their own lifes day and night. .

If CD Projekt RED hadn't made empty promises, we might have shrugged off all the shortcomings of the city simulation in CP2077. But they had, and so nobody looked at this game as primarily an RPG. They wanted to create a "total game," not merely an RPG. Nothing wrong in trying.