Character development, or too much Witcher

I'm not all that crazy about the progression system in Cyberpunk, but I was impressed by it's sheer complexity. I didn't expect a mainstream, open-world game  even an RPG  to afford such a complex system. The five attributes with twelve corresponding, branching perk trees, along with a rich choice of cyber implants make up a system that wouldn't feel out of place in a proper, old-school RPG. 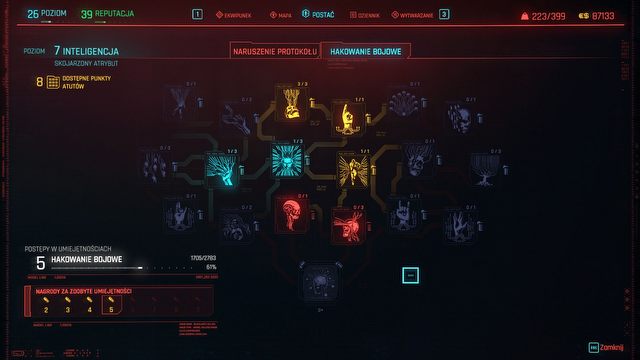 There's well over 200 perks to get, but how many of them are truly compelling?

If sheer number of possible combinations and development paths was the main criterion here, Cyberpunk would completely destroy Deus Ex. But quality matters. But CDP RED opted for a tried and tested solution familiar from The Witcher series. Again, most of the available perks boil down to effects such as "+3% damage" or "+5 HP." It is hard to get excited about leveling-up when you only get such small bonuses so often. Although there are also more specific perks  such as the ability to throw knives  there are too few of them and they do not always work as they should  like the ability to throw knives.

As a result, the progression system isn't a whole lot better and more fun (if at all) than the one featured in Fallout 4. Maybe it wronged the S.P.E.E.C.I.A.L. system, but it roughly reflected the spirit of classic perks, and gave the feeling that the characters prowess increased significantly with each successive level.

In Cyberpunk 2077, it only gets a little more interesting when we visit the ripperdoc clinic. Here, you can feel almost like in Deus Ex, acquiring implants that allow you to perform reinforced jumps or enter bullet time. Interesting implants, however, are not enough to change the overall image of the character development system. Waht do you think? Do you prefer the system created by Eidos, where the number of options was limited, but each Praxis point brought a significant change of gameplay, or do you prefer a less focused system, such as the one in Fallout 4? 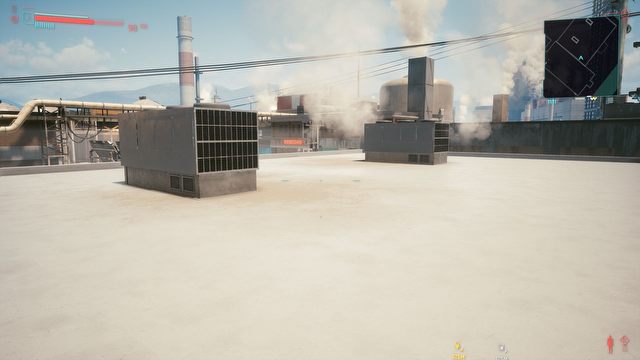 In Deus Ex, every location is designed in a way that let's you use any of your special abilities  CP2077 isn't as diverse in these terms.

CD Projekt RED proved their courage and audacity many times, and this time, they've also proved they're positively mad. How else can we name a studio that attempted, and largely succeeded in blending Deus Ex with GTA? It was a truly suicidal, crazy undertaking. No wonder things didn't go exactly as planned on all fronts.

If you think about it, and certainly when you consider AAA games only, few games are further apart than those from Rockstar and Eidos Montreal, but they have a few things in common. One of them is that they strive to simulate a world full of dependencies governed by dozens of systems that all have to click together to come across as convincing. But while those two games stay in their own, more or less comfortable, extremities, the RPG from Warsaw-based team stretches to bring these extremes together.

Arguably, it's stretched a little too much as a game that has to bring rock-solid systems in order to bring a satisfying experience. Atmosphere and story were already very strong elements of The Witcher 3, and Cyberpunk 2077 has, willy-nilly followed many of that game's solutions, while not getting enough time to make all the systems fully compatible with each other. Four years of fully dedicated development (from 2016) isn't that much for a a sandbox AAA game of equal scale, ambition, and magnitude. Especially for a developer who has so far developed three games, of which only one was open-world, the other was only available on PC for almost year, and the third was created on a borrowed engine. 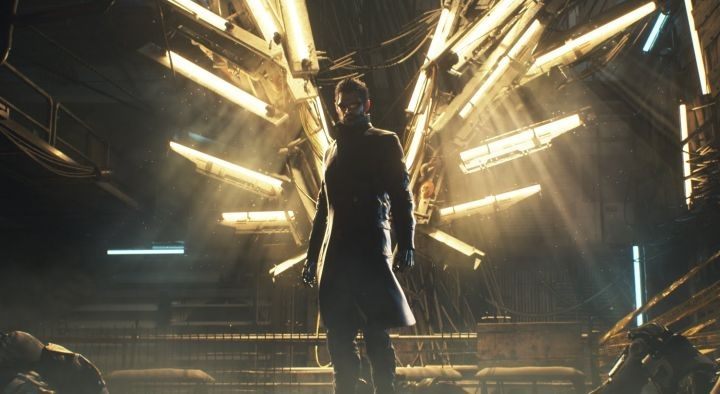 Adam or V  who's the cyberpunk messiah?

Looking ahead, there is one more thing to consider: what sort of impact will Cyberpunk 2077 have on the Deus Ex and the entire cyberpunk subgenre? Will Square Enix decide to take advantage of the fashion for cyberpunk and deliver a follow-up yo Mankind Divided? Or maybe Eidos will prefer to let the dust settle before throwing the gauntlet and competing with CDPR for a largely similar audience? We definitely wish it's the former.