Deep Rock Galactic for PC and XONE is an unusual cooperative FPS and the first game developed by the Danish studio Ghost Ship Games.

Story in Deep Rock Galactic for PC and XONE is not that complex. We play as dwarven astronauts who specialize in mining resources in the most dangerous caverns that even the bravest of the bravest avoid and were hired by the titular corporation.

Deep Rock Galactic for PC and XONE focuses on four-player coop. There are four classes available in the game: Driller, Navigator, Enginieer, and Gunner. A team made of four dwarves, either controlled by players or A.I., explored the procedurally generated levels in search of natural resources and minerals. Mining and exploration is based on the games advanced destruction system visibly inspired by Minecraft. Cooperation between the players, in both combat and exploration, is the key to success.

Deep Rock Galactic for PC and XONE uses Unreal Engine 4, giving its visuals high and modern quality. The game has an original artstyle based on polygons.

Deep Rock Galactic guide and walkthrough is a set of the best tips and tricks for this cooperative fps game. You will learn about missions and crafting here. We also described the PC hardware requirements and controls on Xbox One. 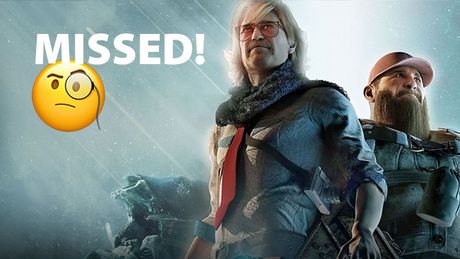 Ghost Ship Games celebrates the success of Deep Rock Galactic, which received a very warm reception from players. The devs revealed the sales results and published an infographic with various interesting facts.

The devs of Deep Rock Galactic celebrate the third birthday of the game. A free weekend and a price reduction were organized on Steam. The game's roadmap for 2021 was also revealed.