Legends of Runeterra is a card game set in the title land of Runeterra, the world created for League of Legends. The game was developed by Riot Games and is distributed in free-to-play model.

Many tasks await us in Legends of Runeterra. They boil down to duels, during which we use a self-made deck of cards. The latter include a variety of heroes, each with their own unique abilities and a set of strengths and weaknesses, ranging from familiar heroes from League of Legends to completely new characters from different regions of Runeterra.

As we progress, we not only increase our card collection, but also gain Shards (virtual currency) and experience points, and advance to higher levels, and gradually gain access to other regions of the world (such as Demacia, Noxus, Ionia, Piltover and Zaun, Freljord and The Shadow Isles), and thus new cards. In addition, we earn deck elements every week by opening boxes from the Vault (the level of which increases as we progress, so that with time, more powerful, randomly selected cards appear in it), obtaining wildcards, which can be exchanged for a card of our choice, and also by exchanging the Shards gained during the game. In addition, there is a second currency in circulation, the Coins, which we buy for real money.

Legends of Runeterra is designed for multiplayer gameplay. One in-game duel lasts ten to fifteen minutes. The game allows for cross-platform gameplay.

Legends of Runeterra Guide is a compendium of knowledge about this card game. Here, you will find description of basics, starting tips, you will learn tactics and how to get cards. 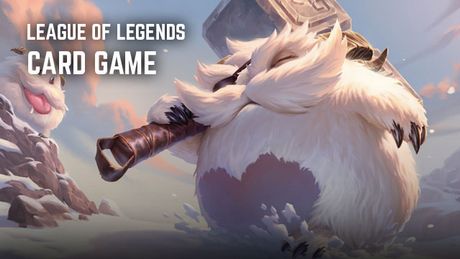 Developers at Riot Games have an ambitious plan. They want to make a Hearthstone  only better. We had the opportunity to play a few hours in Legends of Runeterra, and we give you our impressions, and a preliminary opinion.

Riot Games has announced a card game set in the world of LoL - Legends of Runeterra. We will collect cards with champions from League of Legends, create decks and take part in duels. The closed beta will be launched in 2020.

The team at Riot Games has announced that the open beta of Legends of Runeterra cards will be launched on January 24. It will offer, among others, ranked battles and friend lists.

Riot Games revealed the release date of Legends of Runeterra. A card game with champions from League of Legends will come out of the beta later this month.

Patch 1.0 to the card game Legends of Runeterra was released, which means that the game has left the testing phase. The game is available on PC and mobile devices. By the way, the title has gained over 120 new cards and an additional region.