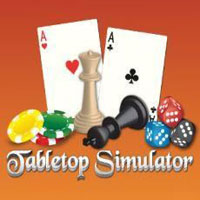 Barbie in The 12 Dancing Princesses (PC)

The Lord of the Rings: Journeys in Middle-earth (PC)

Barbie Beauty Boutique is a program addressed mainly to young women who love to play with Barbie - the most popular doll in the world.

Interactive graphic program for children with Pokemons in the lead role. It allows younger players to create nice pictures of Nintendo's pets. With the help of a simple interface they design tattoos, stickers, postcards, stationery, banners and many other useful things.

Pandemic: The Board Game (PC)

A game for horse riding fans, in which apart from different breeds of horses we also ride zebras and unicorns. We travel through European forest tracts and vast American steppes, among others.

Computer Gratka - Super Collection! Part 1 is a collection of five educational programs dedicated to the youngest users of personal computers. The package includes the following titles: African Spells, How to Forge Smog, Sacral Heart, Adventure in the Mountains and Mysteries of Borsuka Castle.

Another game from the series "Your good friends" telling the adventures of characters known from Tove Jansson's novel. Together with Mummy and Migothka, the player sets out to search for nine pieces of Royal Ruby, who disappeared from the mysterious Wizard.

An arcade party game where up to six players can play with a variety of mini-games. Depending on the selected mode, the game moves between mini-games after the end of one of them or randomly every several seconds.

A music game thanks to which we can get acquainted with the greatest works of Fryderyk Chopin. The game consists in playing the melody according to the instructions on the screen. The creators have put at our disposal several dozen of Chopin's classical works from different periods of his oeuvre.

Barbie as The Princess and the Pauper (PC)