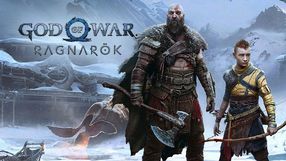 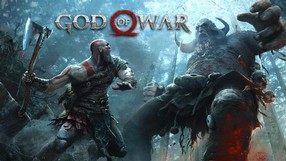 Another major entry in the famous hack-and-slash action game series that is one of the most important franchises available exclusively on subsequent generations of the PlayStation consoles. In previous parts of the series, we have been following a story of Spartan warrior named Kratos, and the gameplay concentrated mainly on spectacular and incredibly bloody action and eye-catching fighting system. The new God of War, developed by one of the Sony Computer Entertainment's subsidiaries, is a reboot of the series and the first installment created with PlayStation 4 in mind, resulting in a completely new, intriguing storyline as well as improved graphics and sound that make full use of the power of eighth generation consoles. 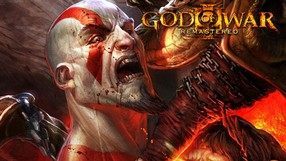 A remastered version of the third installment in a cult action-game franchise, whose consecutive parts were released on different generations of Sonys consoles. This product was prepared to celebrate the 10th anniversary of the series and was released on PlayStation 4. The story is a direct sequel to God of War II. It tells about the war between titans and gods, which was ignited by Kratos. This time players get brand new weapons, each one characterized by a different combat style. Kratos also uses a new magic system and artifacts, such as Icarus Wings, Golden Fleece, and the Head of Helios. As compared with the previous installments in the series, artificial intelligence of opponents and bosses was significantly improved, which makes the gameplay more compelling and demanding, Interestingly, you can ride monsters (e.g. Cyclopes) when you weaken them. The most obvious difference between the 2010 original and the remastered edition is the graphics with resolution raised to 1080p. 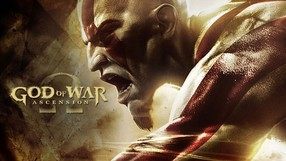 The fourth chapter of the adventures of Kratos, the Spartan warrior-gone-god. The title is a prequel to the God of War trilogy. The protagonist of the game was deceived by Ares into murdering his family. He decides to be no longer obedient to the god of war, for what he is sent to the titan prison. Despite the madness and tortures, he doesnt abandon his hopes for revenge. Once he manages to escape, he can start his bloody revenge on the gods of the Olympus. The developers from Sony Santa Monica remained faithful to the gameplay mechanics based mostly on spectacular battles with powerful (and frequently gigantic) enemies. The mechanics of the game were improved with a series of new features. Among them there is a multiplayer mode which allows up to eight players to play together through Internet. 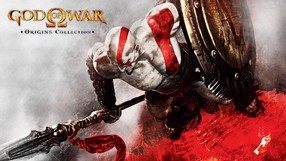 A compilation of two God of War spin-offs, originally released only on the PlayStation Portable console, made for PlayStation 3 users. The first of these, Chain of Olympus, is a prequel to the entire series and takes place before the events shown in the first game, when the protagonist of the series, Kratos, is still a Spartan warrior. The second game, Ghost of Sparta, is set after the events of the first, when our hero, having slain Ares, ascends to Olympus as the new god of war and attempts to finally deal with his dark past. 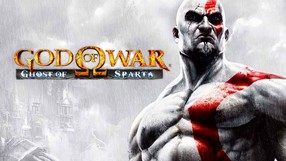 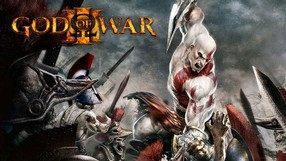 The third installment in a best-selling slasher series, God of War, and the first one designed for the PlayStation 3 console. The games story picks up after the previous two installments, focusing on the war between titans and Olympian gods, fanned by the vengeful Kratos. The gameplay premise does not stray far from the standards of the series, focusing on spectacular battles with numerous opponents and mighty bosses. At the same time, God of War III offers several new weapons, each requiring a different combat style. The protagonist was given a brand new magic system and new, useful artifacts, such as Icarus Wings, Golden Fleece, or the Head of Helios. Thanks to the increased capabilities of PlayStation 3, the third installment in the series sports much better graphics and better AI of enemies.

A pack containing the first two games from the bestselling God of War series, remastered for the users of next generation consoles. In both games, originally released for PlayStation 2 in 2005 and 2007 respectively, we learn the story of the Spartan warrior Kratos, currently a hatchet man working for the Olympians. The gameplay is implemented in the form of a brutal third-person slasher, as we deal with a throng of mythological monsters and even mighty gods like Ares, or Zeus himself. We also meet many famous characters and get some mythical artifacts that help us fight in various ways. The first two parts in the series that comprise the God of War Collection have been refreshed by Bluepoint Games studio, now supporting 720p resolution and 60 FPS. The support for Trophies, not present in PlayStation 2 editions, has also been added.

A follow-up to the Sony's bestselling slasher released in 2005, whose plot is loosely based on the characters and events from Greek mythology. In God of War II we, once again, take on the role of Kratos, a Spartan warrior seeking vengeance, who, after having killed Ares, has become the new god of war. Tormented by nightmares of his past, the hero  despite the goddess Athenas warnings  descends to Earth to help his fellow Spartans in conquering Rhodes. His actions infuriate Zeus, who cripples and kills our hero. Finding himself in Hades, Kratos learns that to turn back time and change his fate, he must find and kill three legendary Sisters of Fate. In terms of game mechanics, the second part of God of War doesnt differ too much from its predecessor, though developers gave players completely new attacks and placed on Kratos path a lot of logical puzzles, which require  aside from fast fingers  a sharp mind. 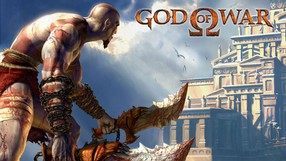 An action-adventure game that tells the story of Kratos  once a Spartan warrior, currently the servant of Olympus. The protagonist isnt a flawless, noble warrior  he is a specialist when it comes to dirty work.