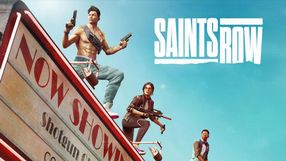 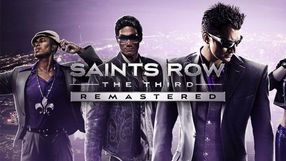 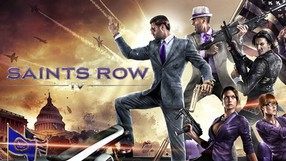 The fourth installment in a series of popular action games. Saints Row IV was developed by Volition, initially cooperating with THQ, later, with Deep Silver. When it comes to the plot, it is a sequel to Saints Row: The Third. An alien invader called Zinyak wishes to take control over the Earth's women and resources. Execution of these plans can be prevented only by the members of the Third Street Saints gang. However, Zinyak manages to capture the leader of the gang and holds them as a prisoner within a virtual simulation of the city of Steelport. Assuming the role of the gang leader, the player has to find a way back to reality and stop the invasion. Saints Row IV offers several new mechanics, such as superpowers the protagonist has at their disposal (superhuman force and speed for instance). 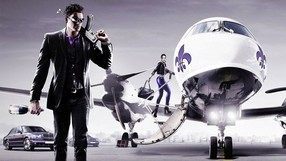 The third installment in the series of action games developed by THQ, combining mechanics known from the Grand Theft Auto franchise with absurd sense of humor. The main protagonist is the same character as in the previous Saints Row games. Together with a group of gangsters he tries to preserve the position of the Saints gang. However, a completely new force is trying to take over Steelport – an international syndicate, called Dawn, that specializes in extortion and racketeering. To make things even worse, many local gangs such as The Deckers and Luchadores are cooperating with the syndicate. The strong criminal element present in the city is being opposed by the STAG group, financed by the government. The game offers many varied missions that focus mostly on rivalry between the aforementioned factions. The game can be played alone or in cooperation mode. In comparison to the previous installments in the series, the developers went even further when it comes to the unique humor, implementing numerous funny costumes, weapons, and vehicles. 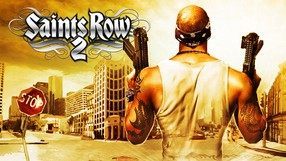 The sequel to the 2006’s third-person action game which was created as a response to the popularity of the Grand Theft Auto series. The action of Saints Row 2 takes place several years after the events of the original, when its protagonist, wishing to take revenge on the traitors that made him lose his current influence, finds himself in serious trouble. Mechanics-wise, Saints Row 2 does not introduce too many novelties and bases on the tried solutions of the original. In the game, we once again assume the role of a Stilwater gang’s member, and our tasks it to perform subsequent missions and thus progressively build respect that is essential to buy new vehicles, weapons, or items of clothing. The main differences between the two installments of the series include, first and foremost, a significantly bigger area to explore, a large number of previously unavailable vehicles, and even richer customization options for the protagonist.

A third-person action game by Volition which provides an alternative to the incredibly popular Grand Theft Auto series. The action of Saints Row is set in the fictional city of Stilwater where four gangs compete for influence. The players assume the role of a Third Street Saints member, and their task is to perform subsequent missions and build their position in the ranks of the gang. The game puts a number of varied tasks before us, from illegal races or escaping a crowd of paparazzi through classic shootouts to, for example, recapturing a prostitute. We also make use of a rich arsenal of firearms and can count on other gang members’ help if needed. The key gameplay element is the respect factor that we build by completing missions as well as wearing brand clothes and driving expensive cars.

Spin-off of a well-known gangster series competing with the next installments of Grand Theft Auto. This time we are not dealing with a direct continuation of the predecessors.