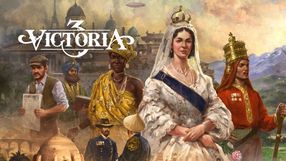 Victoria: Empire Under the Sun

Another, the fifth part of the well-known series of strategy games Europa Universalis, which takes us back to the period between the nineteenth century and the first decades of the twentieth century. It is a time when many scientific discoveries and advances have been made, and it is also a period of bloody clashes in the First World War.