Arcade game in which our task is to eliminate ominous green pigs and demolish the structures on which they spend their time. Angry Birds VR: Isle of Pigs is the first attempt to transfer a popular brand to virtual reality.

Another installment in the popular logic puzzle/arcade game by Finnish studio Rovio. Angry Birds Evolution doesn't feature a complex story campaign: the game is set on a bird island, where the pigs arrive, and your task is to drive them off. The gameplay consists of battles between the two hostile teams. After launching your characters in a way that is distinct for the series, they roll on the floor, eliminating enemies and bouncing off everything in their way. While the basics of the gameplay seem easy, matters are complicated by the design of the levels, which are small and full of obstacles and various interactive elements, e.g. exploding crates. The gameplay is varied thanks to special abilities, which give every bird three unique attacks each. It provides a motivation for unlocking more characters — the game features over 300 of them, and each of them can be upgraded and developed further.

A logic game which is a new entry in the famed Angry Birds series. This time, we are dealing with a game inspired by match-3 (tile matching) games, but some of the mechanics are a bit different from what the genre has accustomed us to. The players are facing levels of differing shape, filled with tiles and balloons whose colors correspond to the colors of the birds trapped inside. Our job is to free the required number of birds, which means puncturing the right balloons. However, we can only do so when there are two balloons of the same color right next to each other. Similarly to other titles, Angry Birds Blast forces us to think two steps ahead, a prerequisite that often proves to be invaluable when attempting to gain the desired combination. The gameplay is further complemented by a limited number of moves, as well as numerous special items that yield certain bonuses.

Another side installment in the popular Angry Birds series developed by Rovio. The story of the game is linked to the animated movie released in 2016. The main character of the game and the movie is a bird named Red. The protagonist wakes up with a hangover after a party and discovers that during the night someone destroyed the whole village. Sadly, all the evidence points to Red. He will have to prove his innocence. The gameplay of Angry Birds Action! combines the characteristic traits of the Angry Birds series with pinball elements. On each level of the game player is tasked with leading the protagonist to the eggs in order to save them. There is a limited number of moves available for completing the task. Character controls are similar as in other installments of the series, but this time the whole action takes place on the ground. The player must shoot Red in such way that the bird will slide and bounce from various obstacles until he reaches the target. Various objects with different properties and useful bonuses scattered across the map to make the game more interesting. 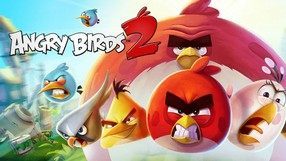 The second full-fledged installment in an extremely popular action-logic game franchise that earned the Finnish studio Rovio worldwide fame. After a string of spin-offs that combined the original gameplay with elements from other genres, this title goes back to the roots of the franchise, using well-known mechanics with a handful of new solutions. What is different, is the design of levels, which now feature not just of a single structure but also contribute to a larger entity. Moreover, the available arsenal of birds must suffice to complete the entire level, which introduces a strategic layer, requiring you to carefully manage your resources. Additionally, some new elements has been introduced to the game, namely spells and collectible cards. The second part of Angry Birds boasts noticeably better visuals than the previous games. The title is based on free-to-play model with numerous of microtransactions.

A mix of a match-3 logic game with basic RPG features, similar to titles such as Puzzle Quest or 10000000. Angry Birds Fight! is a multiplayer-oriented title in which players from all around the world challenge themselves to duels, taking place on tile boards that see the players group bird tiles into lines of three or more. Depending on the color and the type of the connected tiles, we charge various attacks that enable us to deprive our enemy of health points. As a reward for wins, the players receive experience points and coins. Both items enable us to develop our account and unlock useful abilities, acquire equipment (e.g. weapons, pieces of clothing, helmets), or upgrade the boat used to move around the game world.

A hybrid of an arcade and logic game, set in the universe of the bestselling game, Angry Birds. The story revolves around the eponymous Stella, whose magic wand, capable of firing bubbles, was stolen by the bad piggies. As a consequence, all islands inhabited by the angry birds were flooded with bubbles, and the player’s task is to clear subsequent locations of the colorful bubbles and to defeat the mischievous pigs. In Angry Birds Stella POP!, the gameplay boils down to firing colorful bubbles so that they hit matching objects adding to their length — if long enough, the chains pop and clear a part of the level in the process. The game not only places the player before various challenges, all of which require both agility and wits, as well as the ability to plan ahead. Additional attraction are the themselves pigs, making frequent appearances — they can be attacked as well.

A spin-off of the hit Angry Birds series, the game combines the world of the titular Angry Birds with the popular Transformers universe with a sense of humor. The story revolves around a cosmic artifact that one day falls on Pig Island, beginning to transform everything in its path into aggressive Eggbots. The warring Autobirds and Deceptihogs are forced to join forces and face a new threat. In terms of mechanics Angry Birds Transformers is a combination of endless runner with elements of shooter and puzzle game.

Another installment of the cult Angry Birds series by Rovio, representing a return to the roots of the series after many different spin-offs. In comparison to previous parts of the series, Angry Birds Stella offers quite an expanded storyline. Stella and her friends are on holiday on the Golden Island, which is unexpectedly invaded by the shadow of an evil witch, who leads an army of mindless piglets into battle and, as you can easily guess, the task of our heroes will be to stand up to the wicked. 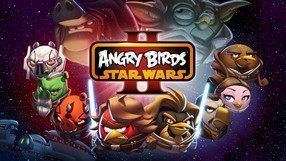 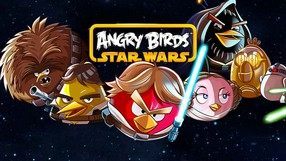 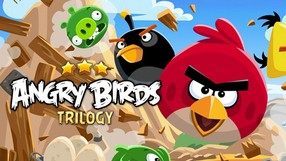 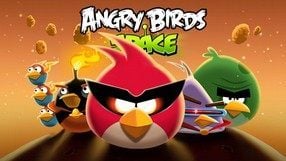 A shoot 'em up game developed by Siamgame Mobile. During the game the player must manipulate one of the varied flying units in such way that he can shoot down enemies and avoid being hit himself. The player can control a butterfly, a dragon, a rocket, a phoenix and even a flying carpet. All of them have different battle capabilities. While facing regular enemies isn’t hard, the battles with giant bosses can be very challenging. Defeated opponents drop various items thanks to which the player can obtain upgrades and new, more powerful weapons. The ghosts that serve the role of wingmen are important as well. The key to success is to correctly select the ghosts depending on the current situation on the battlefield. Angry Birds: Ace Fighter can be played alone in a story campaign mode or with other players in cooperation and competitive modes.