SpellForce 3 for PC is the third installment of the series of RTS and RPG crossover games from the Grimlore studio, the creators of the previous two editions of SpellForce, who work under the wings of the Nordic Games company.

The storyline of SpellForce 3 takes place before the events of the first installment of the cycle, before the fantasy world has been torn into relatively small islands. The new time setting causes a complete change in the structure of locations  instead of dedicated regions connected via portals, the production features a consistent, large continent.

The player controls his character and directs its progression similarly to a standard RPG title; the creators have prepared a variety of abilities, classes and specializations, which can be freely drafted to suit your playstyle. The main protagonist is accompanied by other heroes, during the exploration of dungeons and catacombs we can control a group of up to five characters; when running a larger team SpellForce 3 resembles some of the hack-and-slash type productions. The gameplay is focused around fighting small groups of enemies, solving puzzles and avoiding traps.

On the planets surface the players can establish a camp and recruit troops to aid them in battle. The scale of skirmishes in the newest installment of SpellForce has been increased, which is also why the men we hire could easily be considered regular soldiers, who understand the meaning of strategy and can work together in fighting formations.

Apart from the main story-focused missions the developers have prepared plenty of side quests and also a well-developed multiplayer mode. For the purposes of their new title, the Grimlore studio has created a Battle.net type service  SpellForce.net, which offers various options for interaction between players.

This guide for SpellForce 3 contains a detailed walkthrough for campaign and side quests as well as descriptions of the game mechanics. You can also find information about all available races and their units. 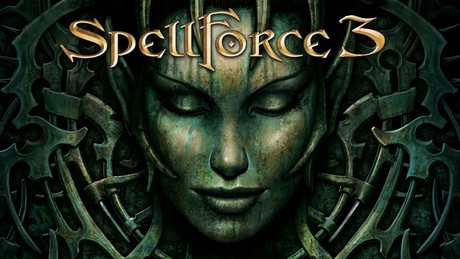 SpellForce 3 hands-on  Company of Heroes with a fantasy vibe

After ten years of absence, the acclaimed mix of RPG and RTS makes a comeback, bringing many changes to the proven formula. Is the magic of Spellforce 3 going to be as powerful as it was a decade ago?

SpellForce 3 to come out this year; check out new screenshots and info

Nordic Games revealed some new screenshots and info about SpellForce 3. Following the tradition of the series, the game is to combine RTS and RPG elements. No release date has been given yet, but the title is to come out this year.

Did you hope to play Elex within a couple of months? Well, don't. The next action RPG from Piranha Bytes is not coming out until Q3 2017.

The upcoming expansion to SpellForce 3 will introduce two new playable factions and flying units for the old ones.

Grimlore Games announced a standalone expansion with trolls for SpellForce 3, titled Fallen God. The developers also revealed the trailer and hardware requirements of the upcoming add-on.

We already know when we will be able to play the Fallen God expansion for SpellForce 3 - a new trailer has been published today that reveals the release date.

Open beta tests of the standalone expansion Fallen God for SpellForce 3 have started. The tests will last until November 1, so if you want to check out the game, we advise you to hurry up.