SpellForce 3 is over two years old, but there is no sign of the devs intending to stop the development of their game. After last year's Soul Harvest expansion, Grimlore Games announced another major add-on, Fallen God. The announcement was accompanied by a trailer, presenting a beautiful world and a new playable faction - trolls. You can watch the video below.

The second expansion will offer attractions for lovers of solo fun as well as multiplaye battles. Fans of single player will receive a new story campaign, which will take them on a tour of the continent of Urgath, previously unseen, but known to the fans. This is where the troll clan resides, whole life recently took a dramatic turn. THunted by poachers and plagued by disease, the tribe seems to be heading towards inevitable annihilation, to despair of its leader Akrog. Therefore, when the mysterious elven stranger points to the resurrection of the fallen god as a way to save the clan, the young chieftain accepts his proposal without hesitation. 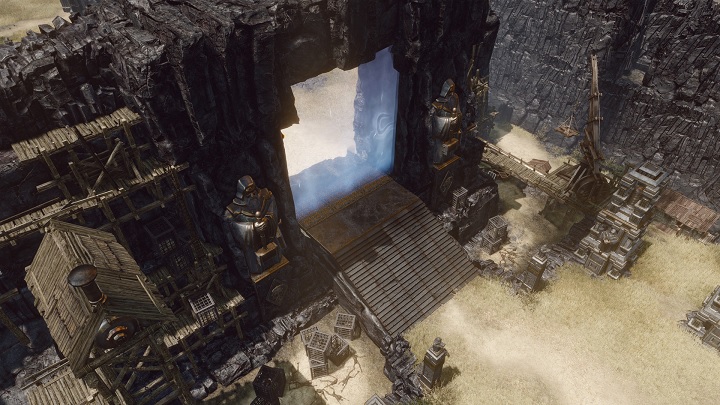 The second expansion for SpellForce 3 will launch later this year.

The fate of Akrog and his friends will be revealed in subsequent missions, which will give a total of about 15 hours of fun. The story does not require knowledge of the events told in SpellForce 3 or the previous expansion. This is all the more important because SpellForce 3: Fallen God is a fully independent add-on, so it does not require the base game. Interestingly, decisions made during the mission will affect the heroes' skills and the ending of the story, offering several different ending, which will encourage us to play through the campaign again. The trolls themselves are to stand out from other races thanks to the mechanics emphasizing their nomadic lifestyle.

The release of the second add-on will also bring an important novelty in multiplayer mode - a one-on-one ranked mode. We will receive six races, including Fallen God' trolls. The creators will also introduce advanced modding tools, which will facilitate the creation of our own maps, missions, etc. All of this together with a new soundtrack will be offered after the release of the expansion. SpellForce 3: Fallen God will launch this year on Steam Valve's platform also reveals the hardware requirements of the add-on -we can check out them below.