The Banner Saga 2 for PC, AND and etc. is a turn-based RPG inspired by the Norse mythology and a direct sequel to The Banner Saga. The game was developed by the Stoic Games studio, the same team that developed the first part published in 2014.

Once again, we are taken to a fantastic realm inspired by the Scandinavian myths, where we are given command of a caravan of men and giants trying to survive the end of the world. The story is a direct continuation of the events from the previous installment, but everything is so designed, as to make the plot understandable for people who have had no contact with the prequel.

The heart of the gameplay are turn-based battles carried out on maps covered with square grid. The combat system is based on simple principles, but it also hides a lot of depth. Mastering the basic rules takes only a while, but the more we play, the more connections and relationships we discover. In addition to fighting battles, players often have to make hard decisions that have a significant impact on the development of the story. The game features typical RPG character development system in which we spend experience points collected during skirmishes to purchase new skills and improve characters' statistics.

The Banner Saga 2 for PC, AND and etc. features a beautiful two-dimensional graphic design. The authors were also inspired by the old Disney films, thus during the gameplay we get the impression of dealing with an interactive cartoon.

This guide to The Banner Saga 2 is a walkthrough for the second installment of the franchise. 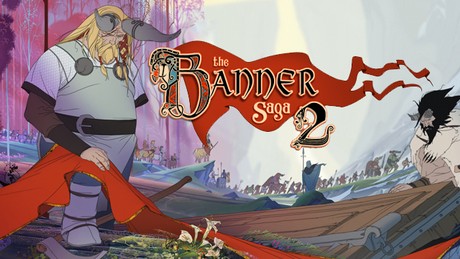 The success of the first Banner Saga  an unusual video game resembling a Nordic tale  has raised hopes of the fans for an equally satisfying sequel. It looks like the newest production from Stoic Games is going to meet those expectations.

The Banner Saga 2 Survival Mode comes as a free update

Survival Mode was added to The Banner Saga 2, a turn-based RPG set in a Viking fantasy world. In it, your team of heroes will be battle-tested against increasingly difficult waves of enemies.

Steam users have received their version of Dark Fear, which is an oldschool horror adventure with RPG elements. The game resembles such classics as Myst or Sierra's King's Quest.

Stoic are determined to make The Banner Saga 3, despite disappointing sales of The Banner Saga 2. Having realised what they did wrong with the second part, they aren't giving up until the story is complete.