The Internet is celebrating a major anniversary today - the 30th anniversary of the World Wide Web service. On August 6, 1991, Tim Berners-Lee launched the first world's website. He used his original HTML (HyperText Markup Language) technology and the WorldWideWeb, which he had created together with Robert Cailliau. They both worked at CERN at the time, and the site was running on the first web server, which was a computer from NeXT, a company founded by Steve Jobs. The website still exists today:

It could be said to be the oldest website in the world. Its content is... "WWW". It is simply a description of the WorldWideWeb project, while doubling as a working example of it. By today's standards it lacks many things (like "doctype" declaration), has no pictures nor layouts and is completely static (no ads even!). However, it still works and displays the same things and just like it did 30 years ago. 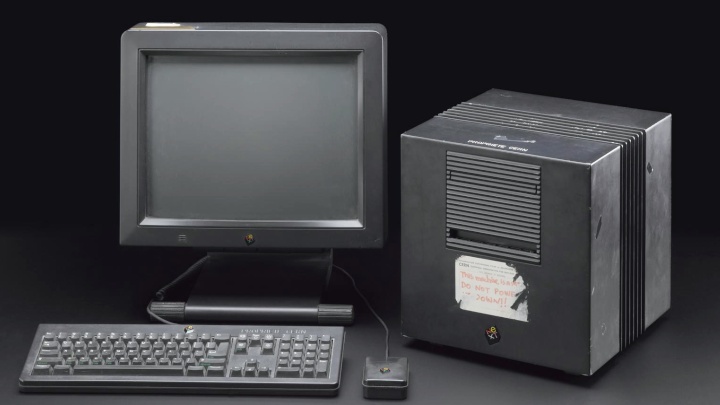 The computer on which the first WWW server was run. Source: Science Museum.

Sir Tim Berners-Lee wasn't trying to make money from his invention and turned down CERN's call to patent his Internet technology. He wanted the web to be open and free, so that it could grow and evolve as quickly as possible.

"If the technology was proprietary and under my complete control, it probably wouldn't have caught on. You can't propose to make something a universal space and yet retain control over it."

The first website was displayed on the first web browser, which Sir Berners-Lee also created. It ran in text mode, which looked more or less like this (a linear browser emulator). The first graphical browser to gain popularity was Mosaic (February 1993). It was also the beginning of Internet browsing with a mouse and cursor. Mosaic was also the code base for the Internet Explorer we know so well (1995).

Between 1994 and 1995, websites such as eBay, Amazon, and Yahoo appeared. In 1998, Google Inc. was founded by Larry Page and Sergey Brin. They used a method of analyzing HTTP links (links) to create a search engine that enabled people to easily brows the growing web. It was also around this time that PHP and JavaScript were developed - technologies that enabled websites to become even prettier and more interactive.

McAvoy, Ridley and Dafoe on the Unique Indie Game 12 Minutes

Evil Dead The Game Only in 2022, but With Single Player Mode

PUBG as F2P? Upcoming Free Week Could be a Test