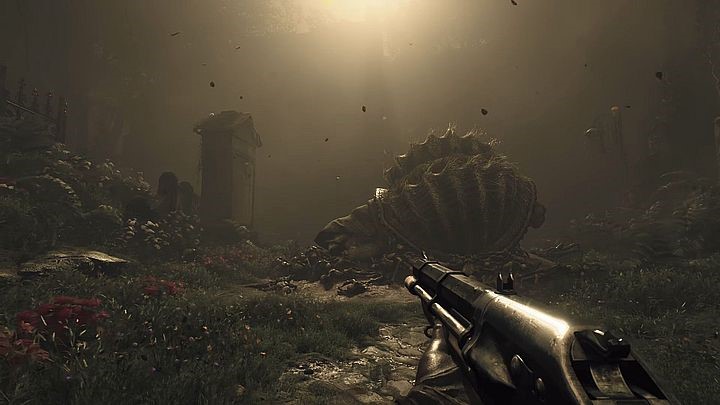 The game’s dark atmosphere is definitely an asset.

If you are interested in the game development process and would like to learn about the various stages of the production cycle, then this topic should be of interest to you. Adrian Chmielarz, head of the independent studio The Astronauts (and the former CEO of People Can Fly), has published an interesting post on the company’s official website. The entry concerns the delays in the production of the upcoming title Witchfire, which, as it turns out, was planned as.... post-apocalyptic survival simulator in a science fiction setting. The game was codenamed Astro Project 2.

Adrian Chmielarz admits that the creators looked at such productions as DayZ, Ark or Rust and had the feeling that they wanted to do something similar, but to give it an original spirit:

It seemed like the world has moved towards sandboxes like Day Z, Rust or Ark. We liked some of these games but figured we could do it differently. The plan was to make a survival sim for people who enjoy the idea of a survival sim – alone versus the universe – but hate the execution.

Eventually, as we already know, the studio decided to change the concept of the game (making it a dark fantasy FPS instead), because, as Chmielarz said about the original version of the game - "they realized that they liked it, but not loved it". What's more, they felt like creating a product – something calculated, cold, and devoid of personality:

I think most gamers will know what I mean when I say that some games feel like a product. (…) made for but not made by. (...) And it does not even matter if it’s indie or AAA. The Witcher is AAA and you can feel the love behind every pixel. So we took a good look in the mirror and asked ourselves if there’s a game that could be valid commercially but also would be something we’re passionate about. (...) Witchfire has nothing to do with what it once was. 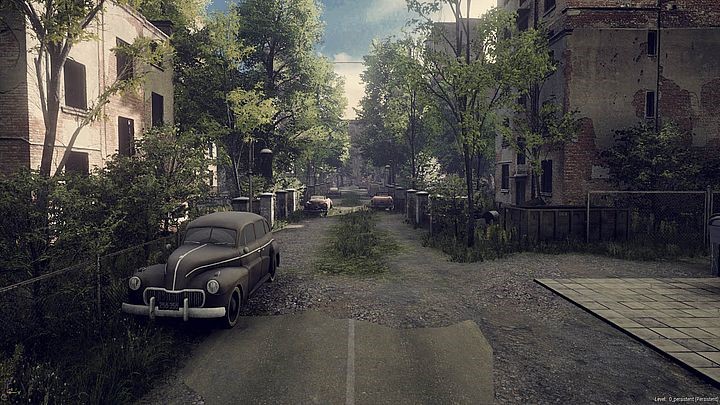 That’s how the 2016 prototype looked like. Now imagine an alien mech strolling in the middle of the street...

In his post, Adrian Chmielarz explains why the work on Witchfire has dragged on for as long as it did. The plan to create a survival simulator is just one of the reasons. Another is the fact that the production remains in the pre-production limbo. By this, the author understands a situation in which some elements of the game are almost ready, while others remain only on paper. The head of The Astronauts does not seem to be worried about this state of affairs and reminds that such situations are natural in the case of independent games.

Another reason for this slip is, according to Chmielarz, betting everything on one card while creating The Vanishing of Ethan Carter. The developer emphasizes that in this case it was really about "everything". It's worth mentioning that the studio had to work on the production for another year after the release, if only to move it to Unreal Engine 4. All this made the actual work on Witchfire begin as late as at the end of 2015.

Witchfire will debut in 2020. The title will probably hit the PC, PlayStation 4 and Xbox One.