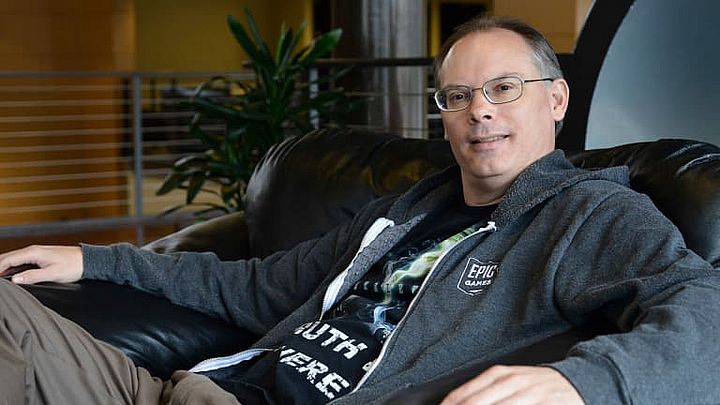 Fortnite is profitable and hot. How is it going to turn out with Epic Games Store?

A list of the 500 richest billionaires prepared by Bloomberg has appeared on the web. For the first time, it was hosted by the president of Epic Games, Tim Sweeney. Just to appear in such a prestigious group is not enough - the head of the studio responsible for Fortnite took 198th place in this ranking with the estimated assets of 7.16 billion dollars. It is worth mentioning that the list changes dynamically, so some items may vary depending on when you visit the site.

If you think that just over 7 billion is not a very impressive sum, especially for a person working in the virtual entertainment industry, you should know that Tim Sweeney is ahead of Gabe Newell on the list. The owner of Valve has so far been identified with the person who makes the biggest coconuts in games. "Gaben" was ranked 357th in the ranking, with a total of 4.62 billion dollars. Far beyond the reach of the aforementioned gentlemen is Bill Gates, who can also be indirectly associated with the gaming industry. Microsoft's boss placed himself on the second step of the podium with the result of 93 billion dollars.

Tim Sweeney's high position can be due to the excellent income from Fortnite. Epic Games noticed a profit of 3 billion for 2018. From the point of view of average person, the money that Epic's boss has cannot compare to the thickest fish on the list anyway. Jeff Bezos, the founder of Amazon, was ranked first. He is net worth of 137 billion dollars. By the way, he is the only person on the list who crossed the "magic barrier" of a hundred billion dollars.