The iconic RTS series Age of Empires has recently experienced a second youth. Work is in progress on its fourth installment, and older parts receive refreshed versions and new content. An example of this is Age of Empires II: Definitive Edition from Forgotten Empires. The title was present at this year's gamescom fair. Luckily, in order to see it in action, you didn't have to go all the way to Cologne. IGN has released an eleven-minute gameplay from the upcoming production. You can watch it below.

AGE OF EMPIRES II: DEFINITIVE EDITION IN A NUTSHELL:

The published footage presents a specially prepared mission, which provideas a good example of what we can expect from Age of Empires II: Definitive Edition. We can admire the refreshed graphics, animations and interface, and listen to the remastered soundtrack. However, it is not difficult to notice that the basics of the game, such as building a base, collecting resources, recruiting new units and developing technologies, have remained unchanged. Therefore, fans of the original should find it easy to find their way in the new version.

Age of Empires II: Definitive Edition, including the full content of the original and The Last Khans expansion with three new campaigns and four civilizations, will be released only on PC. As we learned this week, the game will have its launch on November 14, this year. The title can be pre-ordered from both Microsoft Store and Steam. On both platforms it will cost $19.99. It is worth mentioning, however, that in Valve's shop the owners of Age of Empires II: HD Edition receive a 25% discount on Definitive Edition. 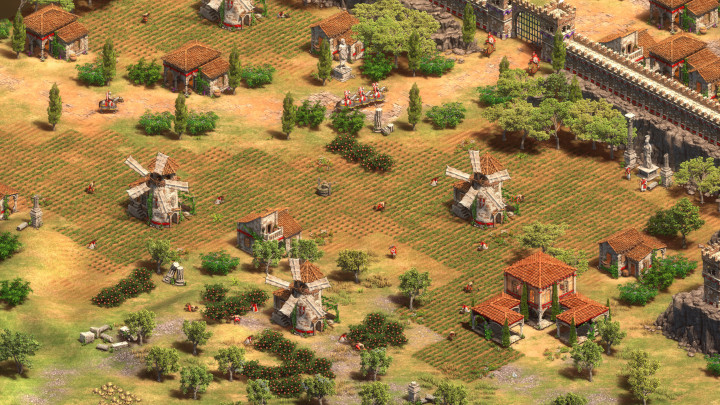 We will play a refreshed version of Age of Empires II soon.

Finally, we would like to remind you that Age of Empires II will not be the last installment of the popular RTS series, which will see a Definitive Edition. There are also plans to refresh the third installment, originally released in 2005. However, the exact release date of this version is not known.