We are only hours away from the event that fans of Microsoft and its subordinate studies have been waiting for all year. Exactly at 2 PM (ET) in Copper Box Arena in London the X019 event will start. It will be initiated by a live broadcast of a special episode of Inside Xbox. It will be available for viewing on Microsoft's Mixer, YouTube, Facebook, Twitter and Twitch. 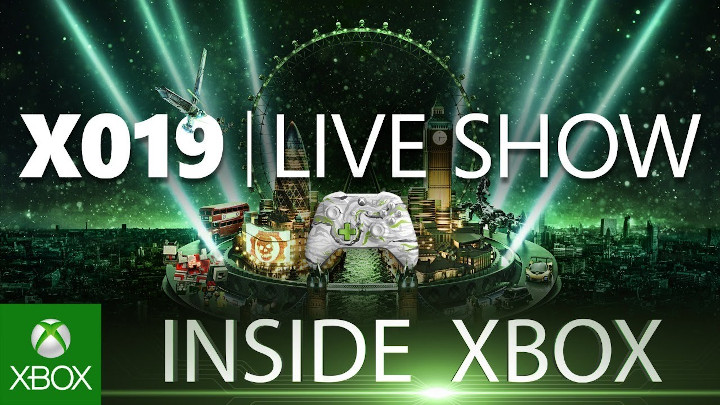 There's an interesting night coming up.

The question is, is it worth spending your free evening watching the occasional Inside Xbox? There's a lot to suggest that in fact it is. First of all, during the broadcast we will see Age of Empires IV, the next installment of the iconic RTS series, which was announced in 2017. The presence of Relic's game at the X019 event is confirmed by both the information from August and the countdown on the official website of the series we wrote about last week, as well as the Twitter entry by Microsoft marketing specialist Aaron Greenberg.

What specific materials from Age of Empires IV will be presented during Inside Xbox? Most likely these will be the first fragments of gameplay. It is also possible that at least the approximate release date of the title will be given.

In addition, according to Daniel Ahmad, industry observer and senior analyst at Niko Partners, Inside Xbox today will reveal two new IPs from two of Microsoft's studios. The first one is Rare, which was recently occupied with a new version of the cult platformer Battletoads and the development of the online game Sea of Thieves. From this team we can expect some arcade or action game. Obsidian Entertainment is the second dev to present its fresh IP in a few hours. The studio is now triumphing with the recently released The Outer Worlds. In this case we can safely bet on another RPG, but who knows? There is a chance that the team from Irvine will surprise us and announce something from a completely different genre.

During the special episode of Inside Xbox we are also to learn the exact release dates of several games already announced by the teams belonging to Xbox Game Studios. These include Bleeding Edge, Minecraft Dungeons and Wasteland 3.

All the attractions mentioned here are just the tip of the iceberg. Tonight will be full of surprises. Of course, you'll find out about them all from our news. Therefore, we invite you to follow the transmission and newsroom of Gamepressure