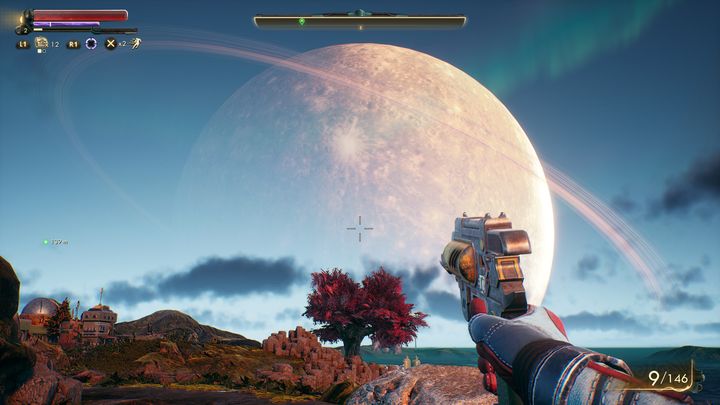 The Outer Worlds is a success.

During yesterday's earnings call, Take-Two presented its financial results for the second quarter of the financial year 2020 (ended on September 30, 2019). The conference also featured the topic of the action RPG The Outer Worlds, which was released under the banner of Private Division, a company created and owned by Take-Two. The title from Obsidian Entertainment was considered a great success, both in terms of the critical response and the sales that "exceeded expectations".

It was also reiterated that the production in question would go to the Nintendo Switch console. This will happen before the end of the current financial year, i.e. March 21, 2020 at the latest, and thanks to earlier information published in the Private Division press release, we know that the launch should not be expected before January. Those interested in this title should therefore be ready to spend their money in the first three months of next year.

Let us remind that The Outer Worlds was released on PC, PlayStation 4 and Xbox One a few weeks ago, on October 25. The game was warmly received by reviewers (Metacritic), although it is not without its flaws. In his review, Christopher called the title "a really good craftsmanship" and gave it a 7/10.

"So, why the score? That's because The Outer Worlds should be viewed primarily as a classic RPG  and indeed, if we evaluate it from this side, we have to admit it's a piece of really good craftsmanship. If you miss the good old days of "rolplays," in which nameless heroes willingly rushed to save (or destroy) the world for no particular reason, and wasted their time on any trifle quest in the name of collecting experience points along the way  The Outer Worlds will squeeze a tear of nostalgia from your eyes. Unfortunately, for everyone else, those will be mainly tears of sorrow and regret  of the wasted potential," we read in the review.