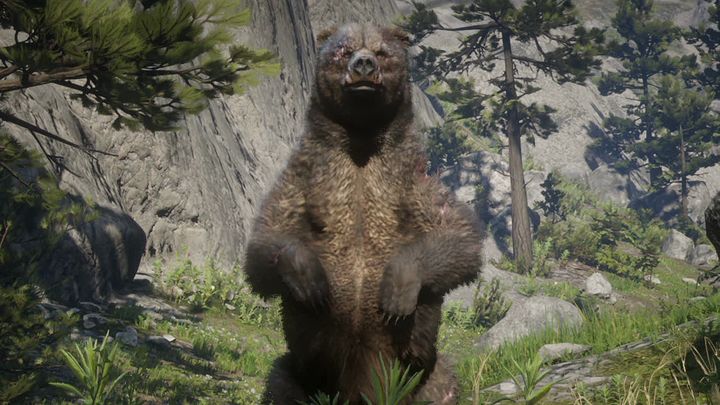 It's better not to mess around with some of the furries in RDR2 without preparation.

The Red Dead Online Guides channel featured a video about the behavior of animals in Red Dead Redemption 2 - a western megahit from the British company Rockstar Games. The aim is to show the stunning attention to detail that characterizes this production. Animals behave like just living being.

Animals perform a variety of activities typical of their species. For example, dogs willingly roll in mud, predators - e.g. eagles or bears - hunt, while scavengers feed on carcasses of other animals (pigs do not despise human corpses). Creatures present in the game also react naturally to various events (e.g. weather) and compete with their natural enemies. It is worth noting that virtual animals behave very similar to their real-world counterparts.

The video is the beginning of a series, so we can expect more material of this type. Another thing is that they're not necessarily needed... Red Dead Redemption 2 has probably already been praised in every possible way - and very rightly so, because it's undoubtedly one of the best games of the ending generation.

We would like to remind that this title is available from October 2018 on PlayStation 4 and Xbox One. A year later the game also went to PCs.