SCS Software decided to clarify some questions about American Truck Simulator initial release and its post-launch DLCs. It turns out that California will not be the only state of the USA offered at the start after all  Nevada DLC is also going to be available on day one, i.e. February 3rd, via means of digital distribution, free for all owners of the original game, no matter when they buy it. Moreover, in a not so distant future we will get Arizona DLC, also for free. This one, however, is still in development. 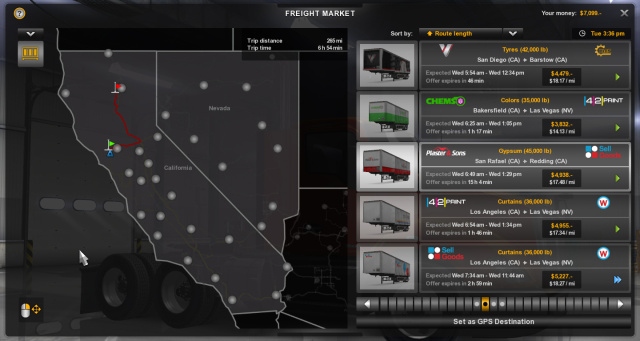 This is the game area offered in American Truck Simulator on day one.

The developer emphasized that there is no difference in terms of game content between American Truck Simulator Standard Edition and the so-called Collectors Edtion sold by some stores. The estimated price of the former is $20/20, which is really attractive for the amount of content offered.

Of course, SCS Software is planning to further expand their new game  provided that fans will vote for that with their wallets. Most of future map expansions will be paid, but if the game is successful, ultimately we will be able to drive across the entire United States.