Movie buffs and fans of Philip K. Dick's works are certainly familiar with Minority Report. The story is set in a future where a method has been developed to prevent crimes before they even happen, which is definitely an interesting concept. CrimeSight, a new game from Konami that was announced on PC, is based on the same idea.

The action of CrimeSight is set in London in the year 2072. Crime in the world has been reduced by 90%. All thanks to the use of so-called Foresight AI - artificial intelligence able to predict future crimes based on information found in the web. However, the result of its work is a vision in which the world falls into ruin as a result of events that cannot be prevented. This begins to worry the creators of the system, who develop an AI focused on tracking down and solving supposedly unsolvable crimes. They call it Sherlock, in honor of the famous detective. However, it has a worthy opponent - another AI, named Moriarty. 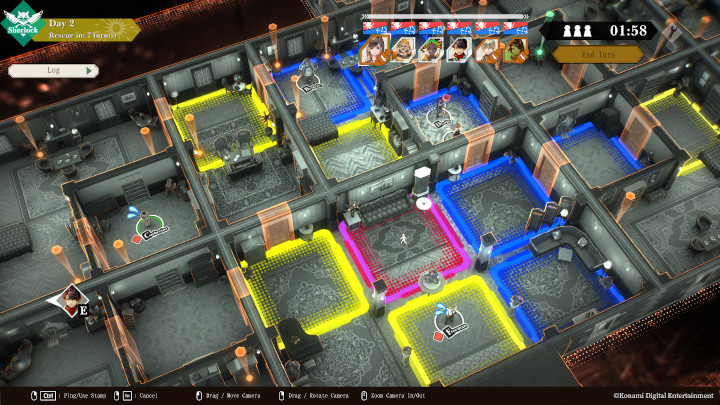 CrimeSight may bring to mind board games.

CrimeSight can be played by two to four people simultaneously. Most will work for Sherlock, while one will work for Moriarty. They will be thrown into a board filled with various characters. One of them will be designated as the murderer and the other as the victim. The task for Sherlock's assistants will be to deduce who is who, and Moriarty's to guide the "pawns" in such a way that the crime happens. To achieve their goals players will have four days in the game world. You can see more or less how it looks in action in the trailer below.

If CrimeSight picked your interest, then you can try to get to the closed beta test, which starts today at 10 AM PT, and ends on July 11. You can express your willingness to participate on Twitter, by forwarding this post and following the game's official account, or on Discord. If you're lucky, you'll receive a Steam key. All additional details can be found here.

Exact release date of CrimeSight is not known so far.

The Sims 4 Gets a Music Festival With Songs in Simlish