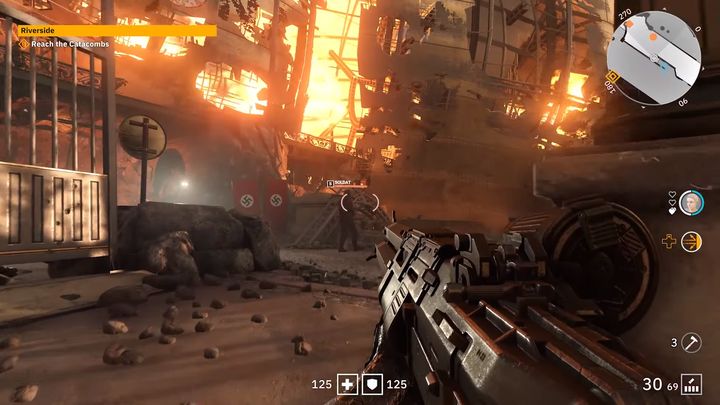 A E3 gameplay from Wolfenstein: Youngblood appeared on YouTube. The material came from a live presentation - the game was played by a GamesRadar editor. The video is also accompanied by a commentary by the dev. How are the adventures of the daughters of the legendary B.J. Blazkowicz?

In short, it is spectacular, dynamic, brutal and very playable, which is more or less the same as in every modern installment of the Wolfenstein series, starting with the great 2014 Wolfenstein: The New Order. Apart from great shooting mechanics we will also get a number of RPG elements (e.g. character development tree), cooperation campaign and much less linear gameplay. Everything seems to indicate that the spin-off is working.

Wolfenstein: Youngblood will debut on July 26 on PC, PlayStation 4, Xbox One and Nintendo Switch. It is also worth recalling that on the same day Wolfenstein: Cyberpilot will appear on the market, the latter being a game dedicated to VR device (HTC Vive and PlayStation VR).