Probably from Monday Ubisoft Store will launch a giveaway of Anno 1404 History Edition. The action is expected to last until December 14.

The source of this information is MyDealz.de, which has already provided confirmed information about Ubisoft's free games. Thanks to them we learned, among other things, about the Assassin's Creed Chronicles: Trilogy giveaway. So we can consider this source as reliable. 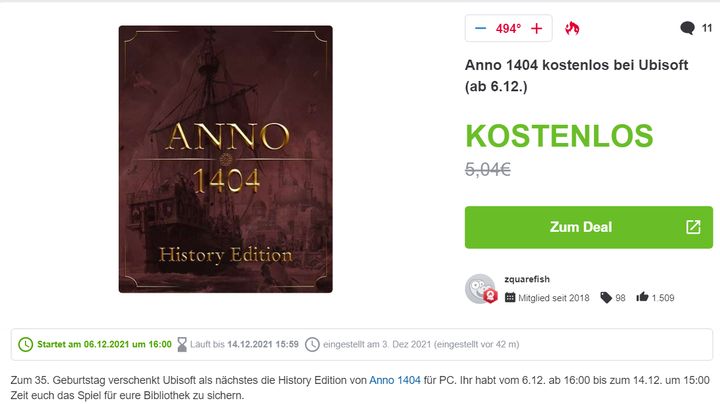 Anno 1404 is the fourth installment of the economic strategy series developed by Ubisoft. During the adventure we move to the 15th century, where we take control over a group of colonists who managed to reach Asia and develop our own settlement. The History Edition, apart from the basic game also includes the Venice DLC.