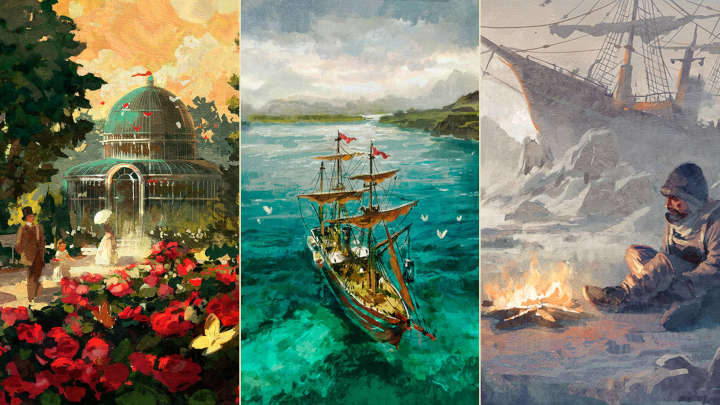 Ubisoft has announced that three DLCs will be included in the season pass for Anna 1800: Sunken Treasures, Botanica and The Passage. All of them are to be released later this year. In addition, anyone who purchases a Season Pass will have instant access to three multiplayer cosmetic items: a prisoner portrait and two company logos (Promethean Fire and Eagle Crest). The cost of the season pass is $24,99.

In the, Sunken Treasures expansion we will be accompanied by a certain eccentric inventor. Together with him, we will go to an unexplored European island in order to find a fortune hidden underwater.

The second DLC, called Botanica, will enable us to build a new building - a botanical garden, which will increase the attractiveness of our city and attract tourists. Thanks to this addition we will also be able to build a music pavilion. This object will enable us to listen to the soundtracks from the previous parts of the cycle.

The third and last DLC, The Passage, will take us behind the Arctic Circle in search of a missing polar expedition. Surviving in these extremely cold conditions will require us to use completely new buildings and tools.

Anno 1800 will also be getting a lot of free extras in the near future, which will not require the purchase of a season pass. These will include, among other things:

Upon request, Ubisoft has added an option to upgrade the standard edition of the game to Digital Deluxe in their shop, which includes selected tracks from the official soundtrack, a digital artbook, four exclusive company logos, and in the future also access to the Anarchist character.

Anno 1800 was released on April 16, 2019 on the PC, exclusively on the Epic Games Store and Uplay platforms.