Update: ESIC (Esports Integrity Commission) has fined Team Vitality $10,000 in connection with the likely use of stream-sniping during yesterday's match against Team Liquid. In a statement, the commission said that the French team's infraction was negligence rather than intentional cheating, hence the lack of a decision to exclude the team from the competition.

BLAST Premier Global Final 2020 is the first major Counter-Strike: Global Offensive tournament of the year. And it may be the first major scandal to hit the esports scene in the new season. Eight of the top teams in CS:GO are competing in the tournament. Among them is also the French Team Vitality - currently number 2 in the rankings. In yesterday's match the French took on Team Liquid. The match ended with a 2:0 map score for Vitality, but the result may be controversial in light of the discovery made by one Reddit user.

It turns out that on one of the replays after the round on the map Nuke, during shots showing the players' room, we can see a monitor that shows the stream of the very match that is just being played! In this way, it was possible to preview the behavior of the opposing team on the map. In esports circles, such behaviour is called stream-sniping - it is against the rules of competition and can distort the result of the entire match. It's true that neither the players nor the coach could see the opponent's perspective in real time due to the 60-second delay in the stream, but it made it easier to work out appropriate tactics. 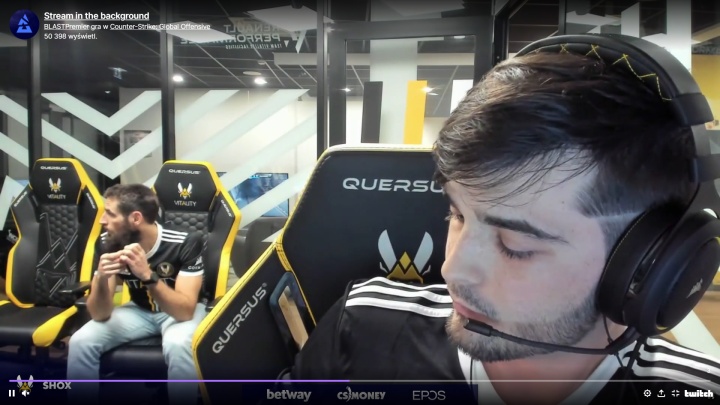 At this point, it's important to provide some context to the whole thing. Due to the COVID-19 pandemic, all esports tournaments are now played online, due to the risks involved in hosting large LAN events with audience. In this situation, players along with their coach are forced to play matches either from their own home or during a bootcamp. It was during such a bootcamp that Vitality played yesterday. Playing in big tournaments during bootcamp has its advantages - the team is "warmed up" by more intensive trainings and during the game players have direct contact with each other and with the coach.

Unfortunately, during online matches it has become more difficult to verify whether there are potential "aids" in the team's environment. During LAN matches, players can only rely on their own skills, strategy and communication. Their equipment is checked repeatedly and they are forbidden to carry phones or other devices with which they can communicate with third parties. 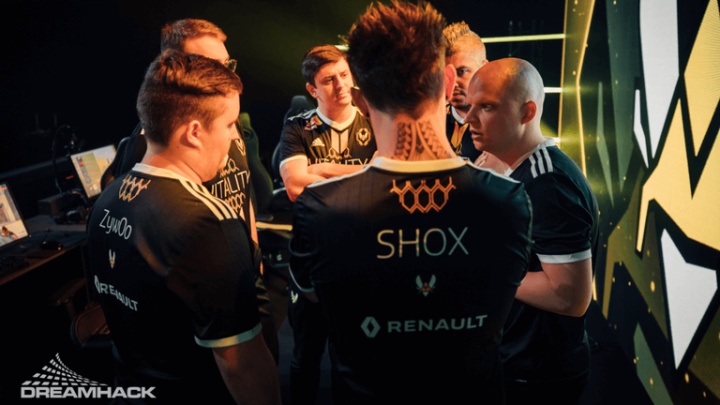 Will the French 'dream team' be punished?

This is not the first time that the issue of stream-sniping has been raised. In December, ESIC (Esports Integrity Commission), an organization that deals with cases of fraud in esports, published a report which shows that the phenomenon was common during matches at every level. Quoting hltv.org:

"ESIC said that between May and June, it received "numerous allegations" of coaches and teams stream-sniping. This means that they had the broadcast stream visible during the progress of the match, this way obtaining valuable information and gaining an unfair advantage."

However, ESIC declined to impose a penalty, stating that mass bans among top teams would do the game more harm than good. At the same time, ESIC has issued recommendations for CS GO tournament organizers:

The commission assured that in the case of subsequent reported stream-snipping incidents, teams and coaches "will not be so lucky."

There is no direct evidence that the presence of the monitor with stream affected the outcome of the match. Rather, we can be sure that the players were not watching the broadcast behind their backs - constantly looking at a screen showing the action from a minute ago could be somewhat disorienting. It is possible, however, that the coach or a member of the staff could have passed on invaluable information to the players via the stream.

The situation is ambiguous to say the least, and so far neither Team Vitality nor the BLAST tournament organizers have responded to the matter.