Recent years have not been kind to Blizzard. Yes, in financial terms, the company is holding up very well - Blizzard's games remain very popular, and the value of Activision Blizzard clearly increased. However, the studio's reputation has suffered in the wake of subsequent smaller or larger controversies, such as the announcement of the mobile Diablo (which, by the way doesn't look that bad) and the disastrous launch of Warcraft III: Reforged. The latter title has been given the dubious honour of being the worst rated game in Blizzard's history, with an average score of 59/100 (via Metacritic based on 46 reviews). 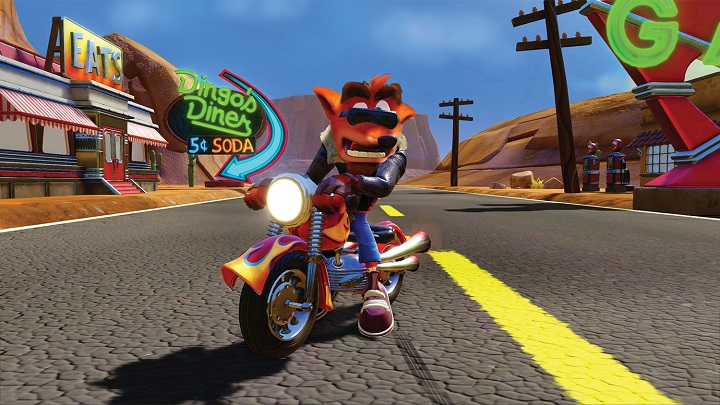 Vicarious Visions had been operating under Activision since 2005, but now the developers must join Blizzard.

Some malcontents considered Blizzard's problems as a sign of pressure from Activision, which could be confirmed by recent reports. GamesIndustry.biz and Bloomberg have reported two intriguing moves by Activision Blizzard. The first is a de facto merger of Vicarious Visions with Blizzard, as a result of which about 200 employees of the former will help in creating new Blizzard games. Jennifer Oneal, the former president of VV, has been promoted to executive vice president of development at Blizzard, with Simon Ebejer took her place as head of Vicarious Visions.

A remake of Crash Bandicoot, Tony Hawk and... Diablo 2?

GamesIndustry.biz failed to find out what exactly the developers who worked on brands like Guitar Hero, Destiny and Crash Bandicoot are supposed to help Blizzard with. Bloomberg has more to say on the subject. Since last year, Vicarious Visions was supposed to cooperate with Blizzard's Team 3 (the team responsible for Diablo IV) in working on a refreshed version of Diablo II. Company's representatives did not confirm this information, limiting themselves to stating that the two studios have been working together "for some time".

Warcraft 3: Reforged, or how haste and poor planning does not pay

One could ask: why should another team work on Blizzard's iconic IPs, even "only" as support? If Boomberg's reports are taken at face value, the blame lies with the studio's recent failures. Last year, Diablo 2 Resurrected (the remake of the second installment of the Diablo series) was developed by so-called Team 1 - the same team that took care of the development of Heroes of the Storm, Starcraft II and Warcraft III: Reforged. The latter title is particularly important here. After the disastrous reception of this RTS, the developers held a meeting to identify the reasons for the failure.

According to the documentation obtained by Bloomberg's journalists, the main reasons indicated by the meeting were errors in planning, problems with communication and premature release. The latter was said to be due to financial pressures from the board, which apparently also had trouble informing developers about some "minor" details. For example, the developers had no idea about plans to announce Warcraft III: Reforged in November 2018 and the start of pre-orders the following year.

Of course, the staff meeting wasn't about finding a scapegoat. The team wanted to make sure they would avoid similar pitfalls while working on Diablo II: Resurrected. However, they were not given such a chance. Not much later Activision handed of the project to the developers from Team 3. On October 15, 2020 the creators learned about the "reorganization of the entire division", which included the de facto shutdown of Team 1. Its members moved either to other divisions of Blizzard, or to the studios created by its former employees (including Michael "Mike" Morhaime's Frost Giant and Dreamhaven). 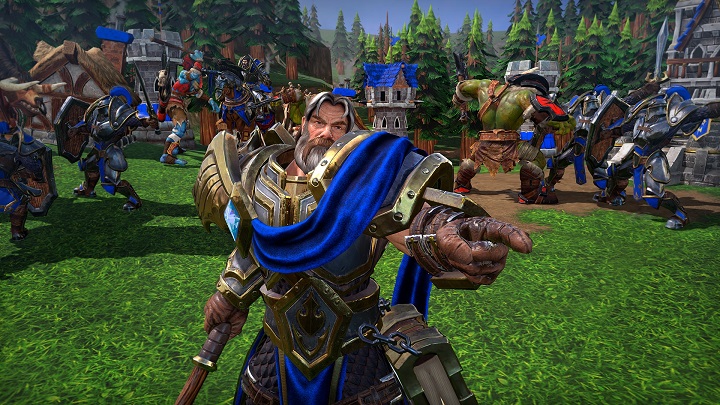 Before Cyberpunk 2077, it was the remake od Warcraft 3 that was cited as "disappointment of the year".

This chain of events seems to be confirmed by official information. On the same day that the reorganization was to be announced, Activision Blizzard announced the reduction of support for StarCraft 2, previously developed by Team 1. Will the same fate befall Warcraft III: Reforged? Probably not, because Bloomberg obtained assurances from a representative of Blizzard that the company is still determined to support the community centered around the game with subsequent updates. He did not reveal, however, who will be responsible for further development of the title or when the long-awaited changes and improvements will finally be released.

Of course, it's impossible to pass judgment on the impact of Blizzard's "cooperation" with Vicarious Visions on future projects, especially since, so far, the only information about one of them comes from leaks. However, the decision on the merger has met with a negative reaction from Internet users. Some of them do not understand why the team that relatively recently delivered excellent games (even if they were mainly remakes of old series such as Tony Hawk and Crash Bandicoot) has been subordinated to the studio which can not boast of a major successes in the last few years (at least when it comes to new projects). Others see this as the end of Blizzard's "classic games team" (as Team 1 has often been called) and further evidence of the loss of any remaining autonomy for a company once renowned for its independence and "when it's ready" delivery.