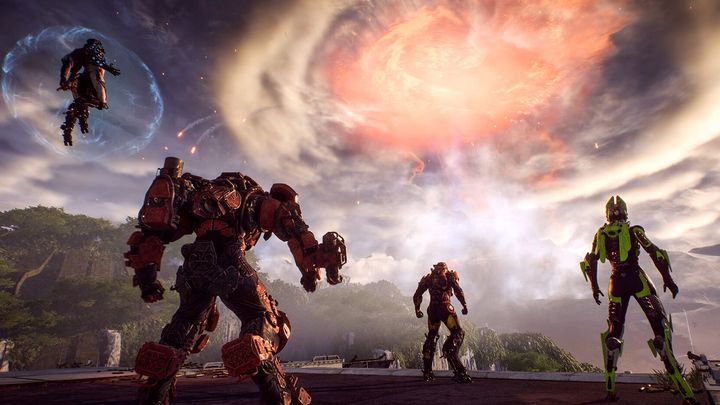 Anthem - we know the details of the first cataclysm.

On Wednesday, the online shooter Anthem from BioWare finally got another update - the first one in a long time, after a month of silence from the developers. Fortunately, after the launch of the patch, we were not treated to another period of "radio silence". Yesterday the devs prepared a stream, during which they shared information about the first of the special end game events called cataclysms.

We've learned that the event will take place on a new tropical map and will last eight weeks - with the first fourteen days as a kind of story introduction that will focus on a new faction led by someone named Vara. In this initial period we will have access to three new missions. Developers boast that in each of them we will find animated cutscenes and a few cosmetic items to get. 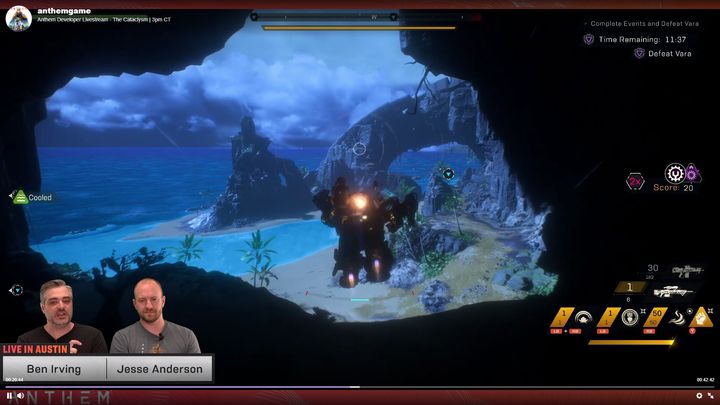 The cataclysm in Anthem. Relax, this time it's just an event.

A stormy cataclysm for points

Then the proper cataclysm will begin. The fun will be to visit and navigate a location, which is ravaged by a powerful storm - if you spend too much time in it, you'll start taking damage. In dealing with the hostile environment conditions we will be helped by a mechanic who will enable us to set up temporary protective barriers.

The main goal of the event is to defeat Vara, and - interestingly - it will not be a particularly difficult task. There are, however, two catches. First of all, we will receive points for eliminating enemies and completing other activities before approaching the boss, which will be used to purchase prizes. Killing an antagonist leader will double our score, so the key is to get as much as possible before the last fight. Secondly, the storm raging around us will put a time limit on the battle - we won't be able to defend ourselves against it forever. To succeed we will have to be fast and cooperate efficiently.

During the event, the new location can be visited many times. Players should be encouraged to do so by the scoreboard, which will allow us to see how our group is doing against other teams. In the course of the following weeks some elements of the challenge will change - new ways of collecting points or special modifiers called Inversions may appear (e.g. increasing the damage inflicted by a particular type of weapon or reducing the cooldown of special abilities). There's a lot of secrets on the map. 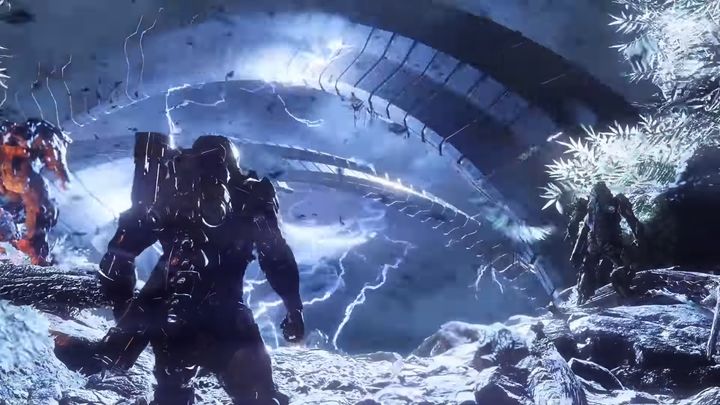 Cataclysm - the version from E3 2017. The current variant does not look so impressive.

New equipment and lots of luck for everyone

What about the items? There will be new types of weapons and a slot for hand-to-hand combat equipment. We will also receive other masterwork gear pieces, including support gear (it will also be available in the legendary version). The loot will have higher levels than anything else you could get in Anthem.

Additionally, we can expect a lot of improvements in game mechanics. The biggest one will probably be the removal of luck statistics, which affects the probability of getting powerful items. All players will receive the same drop chance, which will be equal to the current maximum value.

How's the cataclysm gonna work out?

At the risk of sounding tongue-in-cheek, we can expect a cataclysm alright. Some of BioWare's ideas have potential, but given the experience so far, it is difficult not to worry about their implementation. The fact that the event, which is to be the foundation of the endgame, is designed in such a way as not to throw too much challenge at the players, may also raise doubts. Instead, the emphasis is placed on the loot, points and pulling off the better and better results. How will it work out in practice? Owners of the PC version of Anthem (and Origin Access Premier subscribers) will be able to find out soon enough - the developers are planning to launch a test server (the so-called Public Test Server), on which you will be able to check the novelties. If everything goes according to plan, the cataclysm should come to the main servers a few weeks after the start of the PTS.