The Microsoft conference is one of the most anticipated points of this year's E3 fair. Many players are waiting for the next presentation of Cyberpunk 2077 from CD Projekt RED. Of course, this will not be the only attraction prepared by the Redmond Giant. Phil Spencer, the head of the Xbox brand, boasted on Twitter that 14 productions developed by Microsoft's studios will be presented at the conference - more than on any other E3 event attended by the American company.

The number of games from Microsoft's studios that will be shown during E3 2019 is not particularly shocking, as Redmond Giant's team has grown quite a lot recently. They include the crew of 343 Industries (which is currently wotking on the Halo series), inXile entertainment (Wasteland and The Bard's Tale series), Obsidian Entertainment (devs of Fallout: New Vegas, Neverwinter Nights 2 and the Pillars of Eternity series), Ninja Theory (known for the recent Hellblade: Senua's Sacrifice), Turn 10 Studios (Forza Motorsport) and The Initiative. Therefore, the presentation will provide materials a plenty, especially since the presence of such titles as Halo Infinite or Wasteland 3 on this year's E3 has already been confirmed. It is also possible that we will see new materials from Gears 5 and The Outer Worlds. In any case, no one should complain about the lack of diversity at the Microsoft conference. 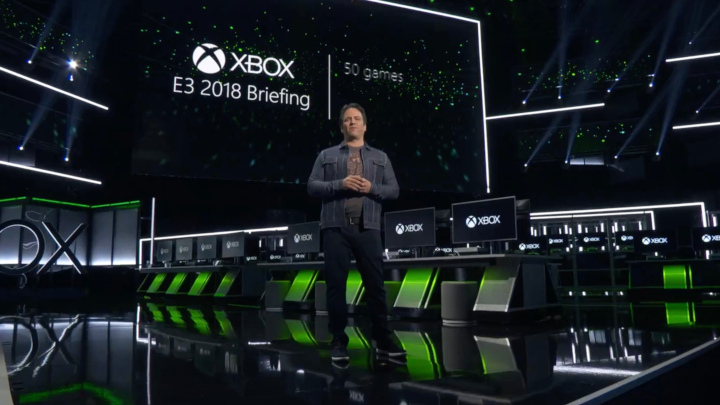 Last year's Microsoft conference was one of the most interesting on E3.

Microsoft conference at E3 2019 will start on June 9 at 1pm (PDT) / 4pm (EDT). In addition to the presentation of games, we can expect further details on the new-gen Xbox console (which was mentioned last year) and cloud gaming technology (Project xCloud). More speculations about the event, as well as about other events organized by big companies on the occasion of this year's E3 edition, can be found here.