The release of Anthem, the latest work by BioWare, is approaching, and so the game;s promo campaign is in full swing. It will include a short film directed by Neill Blomkamp, entitled Convictionwhich will premiere on February 14 and can be found on Oats Studios YouTube channel. Below you will find its atmospheric teaser.

The action of the film Conviction will be set several decades before the events presented in the game, and its plot is to focus on the Monitor, which is the "brain" of the ominous Dominion. The film will feature not only Fort Tarsis, known from the game, but also freelancers and their Javelins. Blomkamp's team supposedly recreated them with attention to the smallest details.

If the director's name doesn't tell you much, we're in a hurry to inform that his portfolio includes films such as District 9, Elysium or Chappie. Interestingly, Blomkamp and Peter Jackson were supposed to create a film adaptation of the Halo series several years ago, but in the end they both gave up on this project to work on the first of the aforementioned productions. 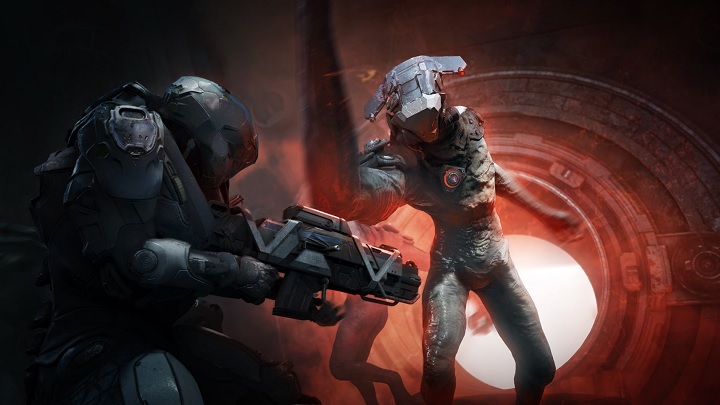 Anthem is all about Javelins - it will be no different in the case of Blomkamp's short film.

As you can see, Electronic Arts does not spare resources on the promotion of Anthem. This is not surprising, given that the publisher intends to sell five to six million copies of this production by the end of March. The company also has a comprehensive development plan for the title, which has been divided into acts, the first of which will launch in March.

Finally, we would like to remind you that Anthem is coming to PC, PlayStation 4 and Xbox One, and will launch on February 22.