Electronic Arts and Respawn Entertainment have announced the start of the second season of Apex Legends, entitled The Electrifying Battle. It introduces changes to the map (Royal Canyon), the next Legend (Wattson), ranking leagues, machine gun called L-STAR, as well as a new battle pass. You can now check these attractions on your PC, PlayStation 4 and Xbox One, where the game is available for free, while below you will find a detailed description of the changes. 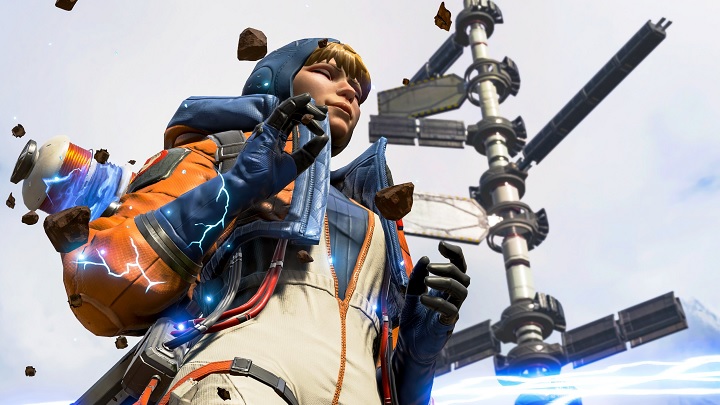 Wattson is a new playable Legend.

Let's start with a background story that affects the changes made to the Royal Canyon. After the destruction of the repulsor tower, the Apex Games were temporarily halted. The beasts - its former rulers - returned to their place, wreaking havok. Fortunately, soon afterwards, the reconstructors started to work, who not only repaired what they could, but also enriched the arena with new functions. Among the employees was Natalie "Wattson" Paquette, who decided to join the competition. Her abilities look good - she can load shields, create fences and silence the sounds of battles, as well as destroy projectiles.

In addition, ranking leagues play an important role in Electrifying Battle; players can advance through six ranks (crowned with the Apex Hunter title), winning a variety of prizes, including cosmetic items. Besides, ranking leagues are an opportunity to show off your achievements and see how we compare to other players.

As for the new battle pass, which has been priced at 950 Apex coins, it provides access to daily and weekly challenges, three new content types (such as bonus emots), legendary skins and the ability to obtain the resources needed to unlock a legendary item. The list of novelties is closed by new improvements and additions, as well as the above mentioned machine gun (L-STAR) shooting a real hail of plasma projectiles.