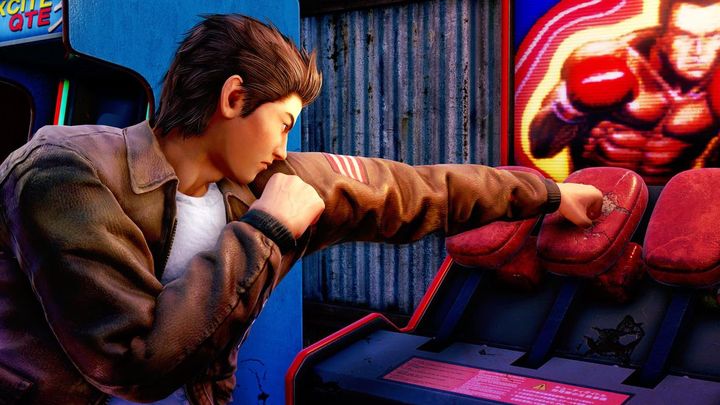 Ys Net, the developer behind the long-awaited third installment of the Shenmue series, has published a new entry on Kickstarter. It states that PC gamers who supported the game during the crowdfunding campaign and are not satisfied with the temporary exclusivity for Epic Games Store announced during E3 2019 will be able to get their money back. The creators also apologized to the fans for any inconvenience and disappointment resulting from their choice.

The fact that we are not able to offer Steam keys as Kickstarter rewards at the time of release is a great disappointment and an inconvenience for those who expected to receive them. We are very sorry for the unrest caused by our announcement, the note reads.

Originally, participants had the option to choose a Steam version, but after signing an exclusivity agreement with Epic Games, this option was withdrawn (in which case it was not possible to offer Steam keys due to Valve's rules). Instead, players were offered EGS keys, which not everyone liked. The company also refused to refund at that time. The people who demanded it received a short e-mail in response, which did not really explain anything. 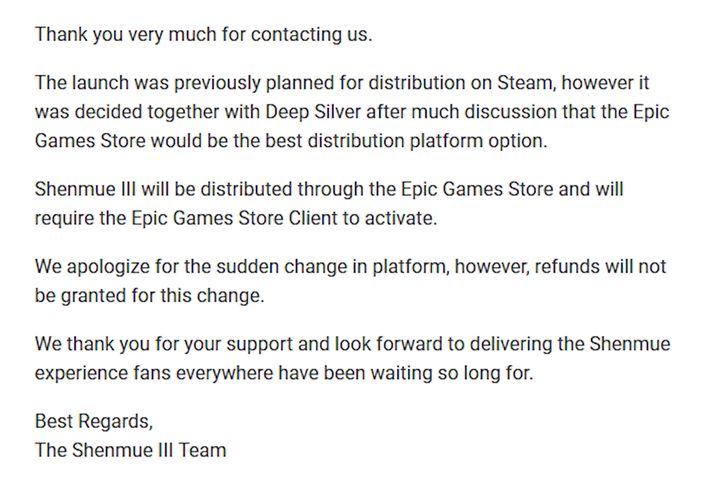 E-mail sent by Ys Net in response to a refund request.

It's a good thing the earlier decision was changed. After all, we are talking about the most faithful fans of the franchise, who were ready to spend money on the new game, knowing almost nothing about it. There are also clear differences in functionality between the two distribution platforms - in practice, exclusivity results in a slightly worse product for the players. It is worth noting that in some cases - when the rewards that are part of the purchase include content already implemented in the game - a complete refund may not be possible.

Interestingly, the refund money will come from Epic Games. CEO Tim Sweeney announced this in a Twitter post, indicating that in the future, in similar situations, his company will do the same unless he succeeds in ensuring that the players have access to the keys on the platform they have chosen in advance.