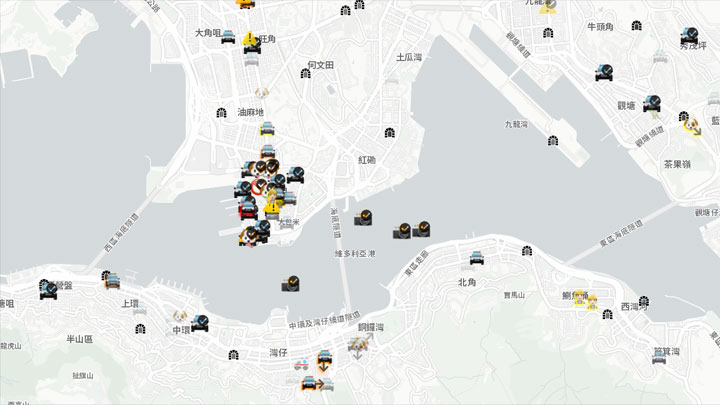 The app has disappeared from the App Store, but you can still use the browser version.

The protests in Hong Kong have put technology companies in a difficult situation, as they have become afraid of the Chinese authorities' reactions. The most recent example of this is the removal of HKmap.live app from the App Store. The said mobile application was widely used by protesters to track police movements.

A few days ago, People's Daily, the official newspaper of the Communist Party of China, criticized Apple for allowing the app to be distributed in the App Store. In response, the American corporation yielded and removed it. The reason for this decision is that HKmap.live is allegedly used to plan attacks on the police, and criminals use the information provided there to search for places where it is easier to commit offences due to the absence of law enforcement agencies. The creators of the app reject these accusations.

It is worth noting that HKmap.live does not have its own data, but only gathers information from other sources in one place. In addition, the application still works on the phones of people who downloaded it before, and those who did not, can simply use the browser version, which works without any problems on mobile devices.

Apple's decision will therefore have no real effect on the situation and seems to be merely an attempt to appease the Chinese Communist Party.

Let us remind that Apple is only the latest example of a company which, in fear of problems with the Chinese authorities, made questionable moves. In recent days, Blizzard Entertainment - the developer punished a Hearthstone player, who supported the Hong Kong protest in an interview after winning his match in the Grandmasters tournament.