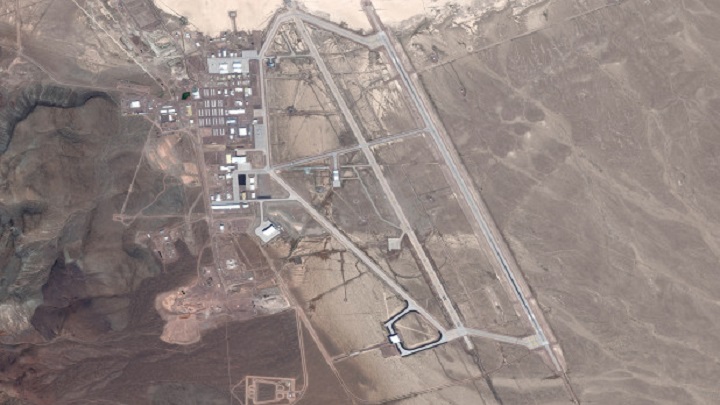 Probably most of you get invitations from your friends to various Facebook events. Some of them can be kinda funny, so you think "heh" and push "interested" with a deadpan on your face. And some, like Andrew Carriker from the channel OperatorDrewski, gather a team and go for Area 51 to see aliens. Or at least they simulate this operation in ArmA 3. About one hundred people took part in the event - some defended the Area and some stormed it. The whole thing you can be seen here:

But what's the whole thing even about? The Facebook event encouraging to storm Area 51, the most famous secret military compound in the world, located around 250 kilometres from Las Vegas, Nevada, has already attracted 1.5 million people and 1 million interested participants. The first massive contact earthlings and aliens is to take place on September 20. Of course, assuming someone survives the raid. If any of the 2.5 million daredevils will set on this mission, they are almost certain to be nominated for the Darwin Award (if you know what we mean). The United States Air Force "strongly discourages" the participants:

So, basically they'll just start shooting. The organizers of the event predicted such a turn of events, hence the title: "They can't stop all of us." The message is simple.

We will all meet up at the Area 51 Alien Center tourist attraction and coordinate our entry. If we naruto run, we can move faster than their bullets. Lets see them aliens. 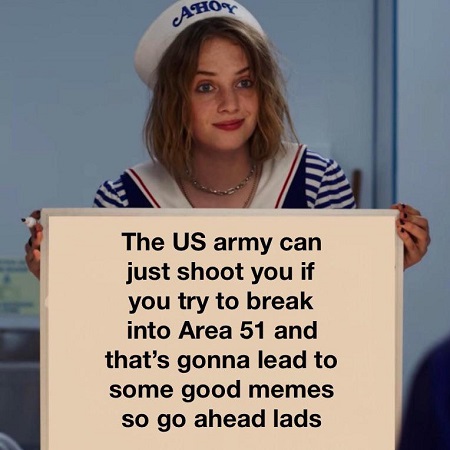 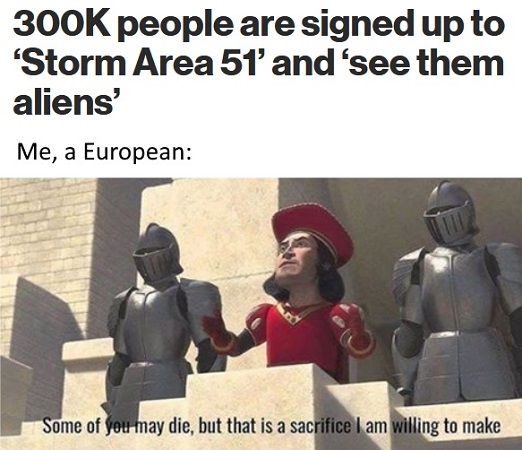 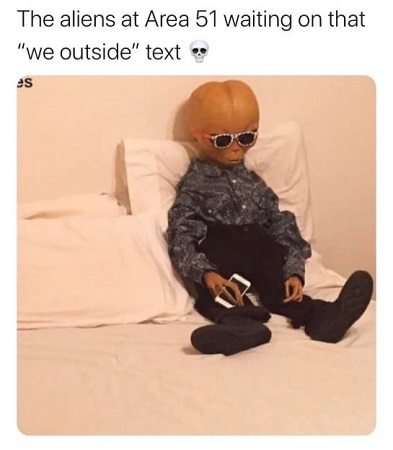