At the beginning of September racing game enthusiasts received WRC 9. The next installment of the popular series developed by Kylotonn, using the official World Rally Championship license, has gathered very good reviews in the industry media. This month, however, another game focusing on dynamic, car competition in the wilderness appeared on PC, and it happens that it also gets pretty good ratings. The title in question is art of rally. 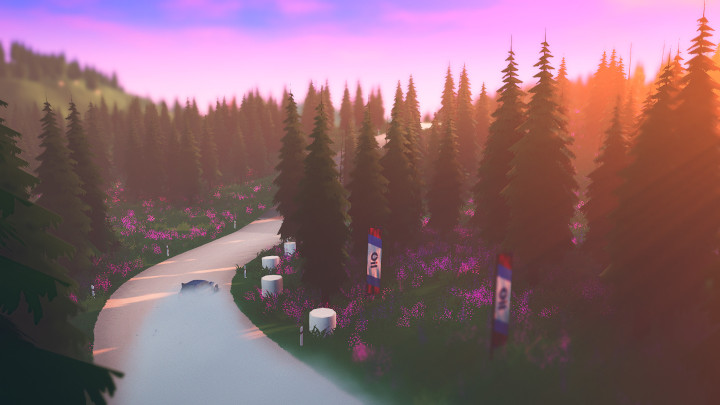 art of rally was liked by the reviewers.

Art of rally was developed by independent Canadian studio Funselektor Labs, which is composed of only one man - Duny Casu. His debut work was Absolute Drift. As the developer himself emphasizes on his official website - he creates only such games that he would like to play himself. And this passion has gained recognition among reviewers. They point out that art of rally is a beautiful "love letter to cars and racing in general". (quoted from WayTooManyGames review). The title is distinguished by a surprisingly deep for an independent game driving system, which is a combination of simulation and a more arcade approach, minimalist but eye-catching visuals and pleasant music. All of this makes art of rally a good choice for a longer session as well as for a shorter run, for example as a warm-up before a session in some other game. Only controls can be a bigger problem.

art of rally can be purchased on Steam, Epic Games Store and GOG.com. On all three platforms until September 30, the basic version of the title will cost $33.73. Later, the price will increase to $34.99.