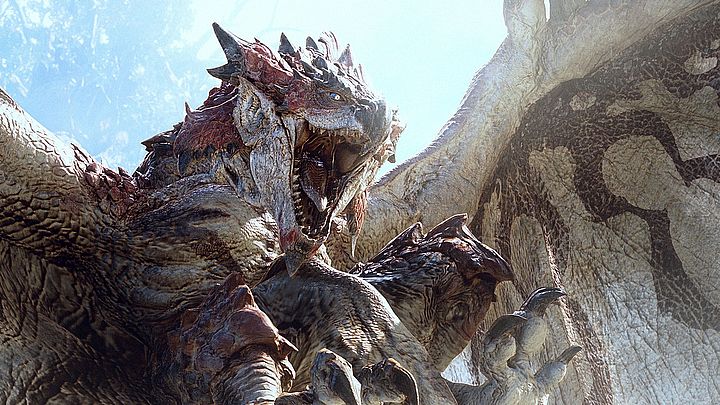 Monster Hunter: World has some of the best-designed monsters in video games.

The designers of Monster Hunter: World love crossover. Since the premiere of the game, the developers have already invited characters from other productions several times to their world. Aloy, the main character of Horizon Zero Dawn, has already visited the universe of monsters, and some time ago it was announced that Geralt from Rivia known from The Witcher series will appear in the game (in The Witcher 3: Wild Hunt version). On this occasion, even special tasks and a number of new dialogue paths were prepared. This crossover with Monster Hunter World does not end there. Some time ago an event appeared in the game, in which you can pick up the outfits from Assassin's Creed. Please note that the event is only available on consoles and it is not known whether it will go to the owners of personal computers.

The first of the new outfits is Bayek's armor from Assassin's Creed Origins, while the second is Ezio Auditore da Firenze outfit, which the hero wore in Assassin's Creed II. To create new clothes for our character, you will need to complete an event called "SDF: Silent, Deadly, and Fierce". While performing it, the elements necessary to craft outfits will appear in your equipment. However, we must warn you that the task will not be easy, because during the event you have to face three strong opponents. You will also have to be clever.

Monster Hunter: World made its debut on 26 January 2018 on PlayStation 4 and Xbox One. On the 9th of August it was also released the owners of personal computers. The production received great interest of players and flattering reviews.