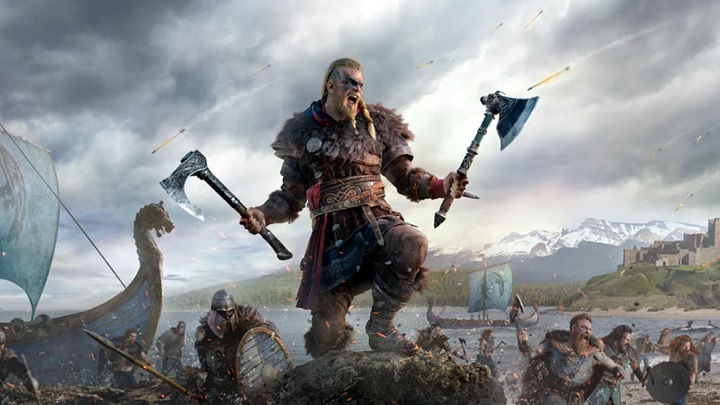 So far we've had a chance to see a few minutes long trailer of Assassin's Creed: Valhalla and learn quite a lot about the game and you can feel that the "hype train" is already picking up steam. On the one hand, it looks like we will have a unique chance to experience a medieval adventure, on the other hand, there are questions about how the content of the game will be arranged and whether it will avoid predecessor's problems. The last installment of the series so far - Assassin's Creed: Odyssey - has been criticized for too much grind, which spoiled the fun.

Do what you want!

The game's director, Ashraf Ismail, reassures and says that everything is under control. In an interview for the Australian Press Start he stressed, answering a question about the game balance in Valhalla, that the players will have full freedom and will decide for themselves how they want to play through the game, whether focusing on the main story or trying out all the available side tasks and mechanics.

"Well, with Valhalla, with the balancing of the game, its our angle, our goal is to just let players play the content they want. Again we built a really intriguing world that takes place in Dark Ages England and Norway. By the way, when you leave Norway to England, you can always go back to Norway, so we built these really beautiful breathtaking living worlds, and we want players to play the content as they wish to play it. Thats the way the game is being balanced. So, people want to focus on narrative, theres no issue there, people want to focus on their settlement, again, no issue there. Its really up to players to decide how they want to consume the content."

In view of how the level system has forced the players to grind and take on many additional activities in Odyssey, it's good to hear that Valhalla is built on different assumptions. Let's hope that these are not empty words and indeed we will be able to decide what we want to do.

Assassin's Creed: Valhalla is coming to sale later this year - around Holidays. The latest installment of the series from Ubisoft will be available on PS4, PS5, Xbox One, and Series X, PCs, and Google Stadia. In the near future, the first materials presenting the actual gameplay will also be published. We are looking forward to it.