It's been a long time since the last news about Baldur's Gate III, even including hotfixes after the biggest update yet, has appeared. Fortunately Larian has confirmed that we will receive another patch in February.

The information comes from the Chinese social network Bilibili, where the developers posted a message celebrating the Lunar New Year and the Year of the Tiger (via shg41u from Reddit). 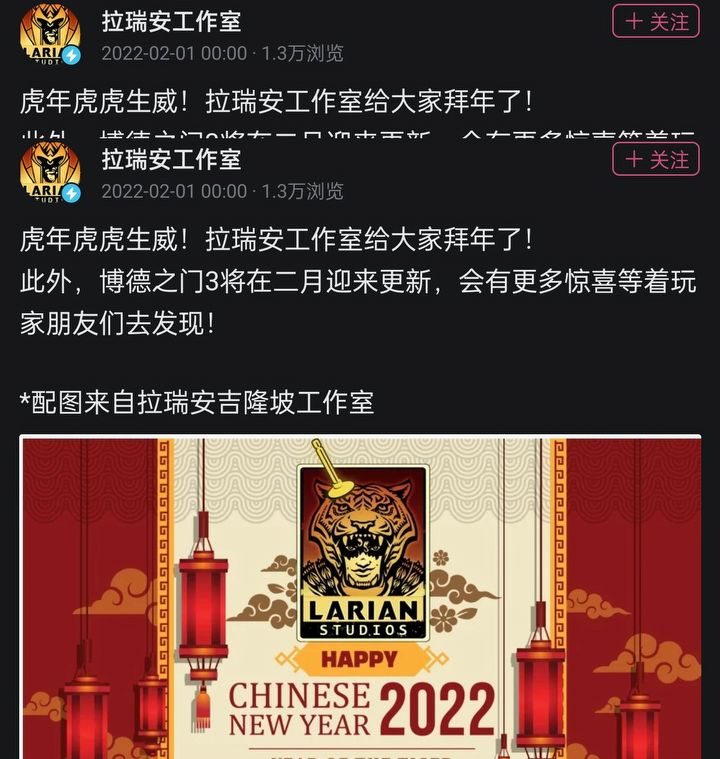 Source: Larian Studios on Bilibili (via u/wvngff on Reddit).

The lack of details and a similar announcement in Western media may come as a surprise, but some are linking it to the upcoming Valentine's Day. They suspect that Patch 7 will introduce, among other things, more extensive romance options in BG3 and perhaps also a new class in the form bard. The day of lovers would be a perfect opportunity to reveal (or even make available) this kind of update.

Of course, these are just speculations, and as always, there are many more. Hopefully, Larian Studios will put them to rest soon by releasing a huge update full of more than just love. Or at least revealing on Steam what the next patch will bring.

How to Set a Different Audio Language and Different Subtitles in Dying Light 2?

Ton of Novelties is Coming to Genshin Impact; Update 2.5 Trailer

Rockstar Confirms Another GTA is Coming

Steam Deck is Huge - Size Comparison With Other Portables