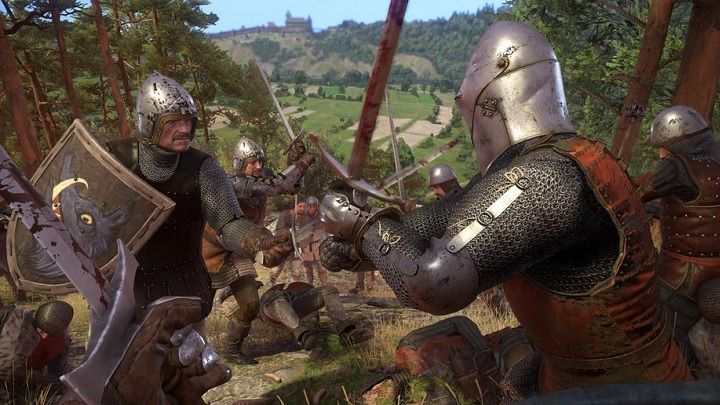 Kingdom Come: Deliverance will get a third story DLC in the near future.

Developers from Warhorse Studios announced that the third major expansion to the historical action RPG Kingdom Come: Deliverance will debut on February 5. The plot of the expansion will revolve around a dangerous band of mercenaries led by Baron Kuno from Rychwald. The DLC card hasn't appeared on PlayStation Store and Microsoft Store yet, but given the way the developers have acted with previous DLCs, it's most likely to be available on all platforms at the same time. So far we do not know the price of the add-on (the two previous ones were sold for $4.99.

The roads around Rattay are far from safe, so Sir Radzig Kobyla has enlisted the help of an old acquaintance, the impoverished but wily Baron Kuno of Rychwald, and his infamous mercenary band. Radzig sends Henry to guide the band around the territory... and to keep their unbridled appetite for trouble in check. They set out to patrol the province and soon discover that Radzig's sworn enemies from long ago have come to settle old accounts. The rival bands engage in a tit-for-tat war that finally culminates in an inevitable showdown, as read in the DLCs description on Steam.

Kingdom Come: Deliverance takes place in the 19-century Bohemia. The production allows the players to take on the role of Henry, a young man whose family is murdered as a result of nobles setting their own scores. Leaving his village, the boy swears revenge, entangling himself in a complex network of intrigues, with Czech throne at stake. The title is distinguished by a high level of realism, which can be seen both in the mechanics and in the audiovisual layer. So far, the game has received two large expansions: From the Ashes and The Amorous Adventures of Bold Sir Hans Capon. The fourth major DLC, A Woman's Lot, which will allow us to control a representative of the fair sex (which, considering the epoch, may be a peculiar experience), will make its debut in the future.

Tyranny and Shadow Tactics in the latest Humble Bundle