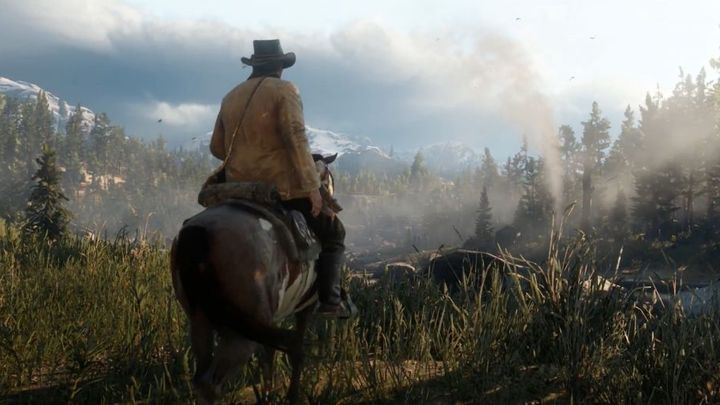 Red Dead Redemption II debuted in late October, but nevertheless managed to become the game of the year.

The NPD study group released a report summarizing the results of the American gaming market for December and for the last year in general.

The figures are based on industry-wide estimates, including elements that are usually ignored in the company's reports, such as subscriptions, microtransactions and mobile games. Last year, Americans spent 7.1 billion dollars on copies of PC and console games alone, 7% more than in 2017.

Most profitable games of 2018

In the case of Super Smash Bros. Ultimate, Super Mario Odyssey, Pokemon: Let's Go, Pikachu!, Super Mario Party, The Legend of Zelda: Breath of the Wild and Mario Kart 8 the result did not include digital sales. Call of Duty: Black Ops IIII, Call of Duty: WWII, FIFA 19, Madden NFL 19 and Battlefield V did not include digital copies of the PC versions.

Most profitable games of 2018 by platform:

The entire summary for the Nintendo Switch console is based exclusively on box sales.

Also in the case of 3DS, the list includes only boxed sales.

Sales of consoles, accessories and unused copies of boxed games in December brought in $3.41 billion, i.e. 2% more than 3.34 billion earned in the same month of 2017. As usual, we would like to remind you that the figures do not give a full picture of the condition of the industry, as they do not take into account the trade in used game copies, and due to the fact the NPD obtains highly incomplete information from digital distribution.

Nintendo Switch was the most popular console. Interestingly, it was the best December for any platform in this generation. The console was w inner throughout the year. Additionally, Super Smash Bros. Ultimate scored the best first month in the history of exclusive games.

Most profitable games of December 2018:

The revenue of Call of Duty: Black Ops IIII, Battlefield V, Madden NFL 19 and Spyro Reignited Trilogy did not include digital copies of PC versions.