Battlefield 2042 will offer three main multiplayer modes on launch day. We already got to know All-Out Warfare with the classic Conquest and Breakthrough, and Battlefield Portal, which is an editor that lets you create your own rules for the game. Now, DICE has revealed the last of them - Hazard Zone. The creators emphasize that this is definitely not another spin on the battle royale formula but a mode emphasizing cooperation in teams.

In Hazard Zone eight four-person teams (six in the case of PlayStation 4 and Xbox One) will try to capture data carriers from a satellite. After collecting them, they will go to the evacuation site and leave the map. There will be two such extraction windows - at the beginning and at the end of rounds lasting about 12 minutes each. Teams have to decide themselves when to leave the map. 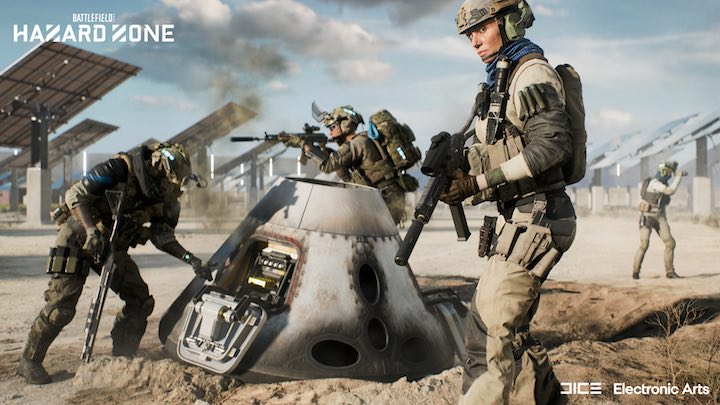 In Hazard Zone mode the key will be taking over the data carriers.

Some data carriers will always be protected by AI-controlled bots. Clashes with them will reveal the position of the combatants and thus alert other teams. Additionally, in the middle of rounds unprotected data carriers will appear in random places. Collecting them will be important, because they will translate into in-game currency - Dark Market Credits, for which we can buy weapons and equipment and various upgrades before the start of the game.

An indispensable gadget will be, for example, the scanner necessary to analyze disks or a device for resurrecting killed team members. Hazard Zone will be available on all seven new maps in the All-Out Warfare mode, while operators will be subject to team limits. For example, we will not be able to select two Irishes on the same team. Tornadoes will also appear on the maps, heavily influencing the course of battles. 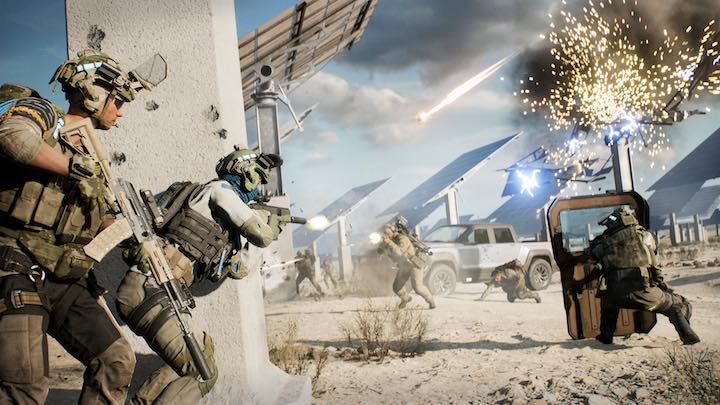 Team fights for the carriers and extractions sites are to be much more tactical than in regular modes. 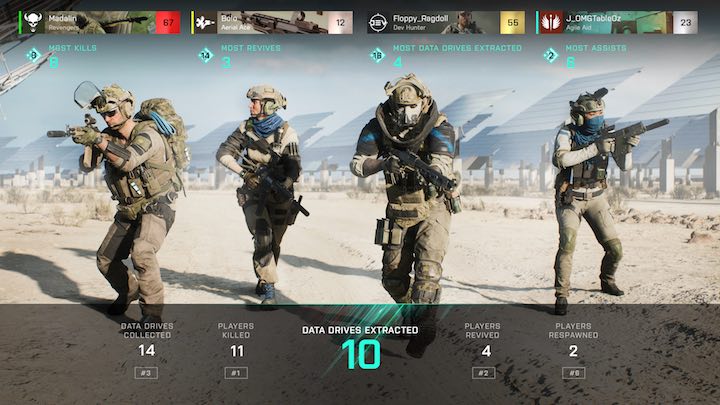 In 4-player teams, you won't be able to duplicate operators.

Based on description, Hazard Zone mode differs significantly from traditional battle royale and even if it has some elements from Escape from Tarkov, as was rumored in earlier leaks, it's probably closest to the ideas of Ubisoft's games. Rules involving the collection of media with data by teams of players is almost the same solution as in Ghost Recon: Frontline, which was announced a few days ago. Previously, similar rules for collecting items and the need to evacuate have already appeared in the Survival expansion for Tom Clancy's The Division.

Will DICE manage to make Hazard Zone an exciting mode for teams who like a bit more tactical gameplay? We'll find out soon enough. The release of Battlefield 2042 on PS5, PS4, Xbox Series X/S, Xbox One and PC is scheduled for November 19. Early access - starting November 12 - will be granted to EA Play subscribers and Gold and Ultimate Edition owners.