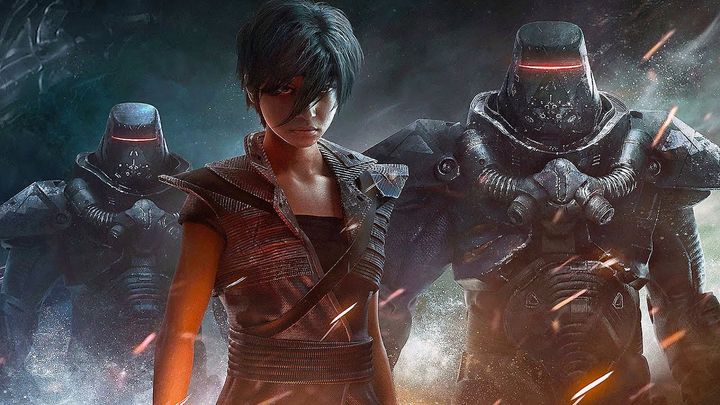 Beyond Good & Evil 2 not coming any time soon.

During a conversation with investors summarizing quarterly financial results, Ubisoft's head - Yves Guillemot - informed (after Twinfinite) that the launch of Beyond Good & Evil 2 should not be expected in the nearest future. We did not receive a specific date, but it is known that the title is not among the five games to be released by the French company between September 2020 and March 2021.

Beyond Good & Evil 2 is the long-awaited continuation of the iconic production from 2003 - an action adventure game in which we will once again explore a twisted SF universe, filled not only with people but also bizarre human-animal hybrids. The work was officially announced during E3 2017 and also appeared on the next edition of this event, when we were shown an attractive trailer and very short gameplay. We received a slightly larger fragment of the game, this time from the cooperation mode, in December 2018.

Unfortunately, then the pace at which news and materials are delivered has slightly decreased. The developers decided to skip the next E3 fair, although just before the event we received some concept arts. It remains to be hoped that the title, which has been in development for many years, has not encountered any serious problems and the developers are simply working hard to deliver the best game they can - which, as you know, often takes a lot of time.

It is worth recalling that according to official information, Beyond Good & Evil 2 is scheduled to be released on PC, PlayStation 4 and Xbox One. However, in light of today's reports, it's hard to say whether the old consoles are still the target platforms for Ubisoft's game, or whether the developers are already aiming at ninth generation hardware.