Last weekend was marked by the VIP demo of Anthem. It revealed that the production still faces a lot of difficulties, partly dictated by problems with game servers. Due to the situation BioWare has published a list of bugs that are going to be fixed by the release date. 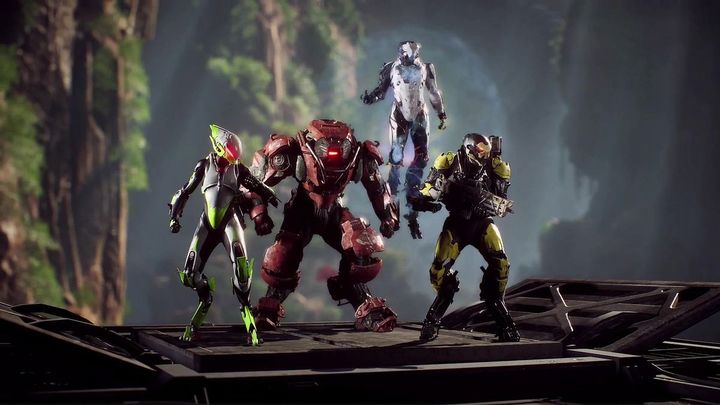 The premiere of Anthem will take place in less than a month. Will BioWare manage to fix all the issues?

Some bugs are going to be fixed before the coming weekend, during which public testing of the demo version will take place. Until then, developers want to eliminate mainly problems with access to the game - improve the operation of servers and fix a login bug. Access to Javelins is also going to be improved.

Later on, problems with non-injury weapons, Javelin-type weapon bonuses, errors in the allocation of experience points, and (as BioWare put it) "thousands of other issues" will also be fixed. Interestingly, BioWare recently boasted that Anthem has reached gold status. This means that the release date has to be on time. BioWare therefore has not that much time to fix all the problems. Players probably have to prepare for the patch that will accompany the release of the game.

Bugfixes are not the only plan BioWare has for Anthem. Scylla Costa in an interview with mmogamers.com revealed that the production will also receive new content, which is already under development. Among the announced changes are the daily cycle and changing weather conditions, which have a real impact on the game. At night, some of the beasts will have increased statistics what makes them much harder to defeat. Changeable weather will affect Javelins, which may fly longer in the rain than in sunny weather. These are not the only changes that Anthem can undergo. Costa also mentioned about new areas to explore and PvP mode.

It is worth reminding that Anthem is an action game focused on online gameplay, which is a significant change in the history of the RPG-oriented Canadian studio. Anthem will debut on 22 February 2019 on PCs, PlayStation 4 and Xbox One consoles.