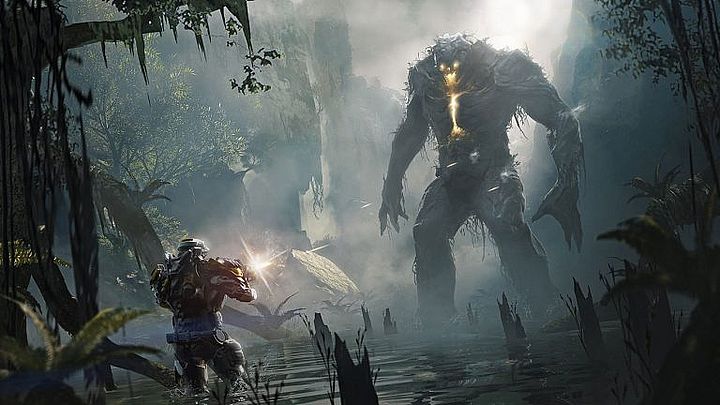 The game will launch in late February.

We have good news for people waiting for Anthem, the MMO shooter from BioWare. The authors announced that the production reached the so-called gold status. This means that the work on the project has been completed and the discs are being produced as we speak. Thus, we can be sure that the title will launch without any delays. Anthem is heading for PC, Xbox One and PlayStation 4 consoles. The game will be released on February 22.

In addition, Michael Gamble, the main producer of the game, informed that we will not be limited only to exploring the city filled with NPCs between the missions. There will also be an opportunity to visit the hangar, where we will be able to meet groups of other players, make new acquaintances, take on contracts and use the so-called forge, which allows you to modify your Javelin armor.

It is worth mentioning that tomorrow, the subscribers of EA Access or Origin Access and people with pre-orders will be able to play the demo version. Pre-loading of files has already started and the fun will last until January 27. Other players will have wait a little longer and will be able to test the demo version on February 1-3.

Let us remind you that yesterday we wrote about the microtransaction system in the game. It will be limited to cosmetic objects. What's interesting, it won't be possible to buy the extras just for real money and even people with a big wallet will be forced to spend some virtual currency that can be acquired only by playing.