Thats quite a number. A recent rumor has it that Blizzard accidentally leaked World of Warcraft's subscriber count. According to the data, there were 3.2 million active subscribers as of 2014 (thats when Battle for Azeroth launched). Then the numbers shrunk to 1.7 million players worldwide, excluding Asia. 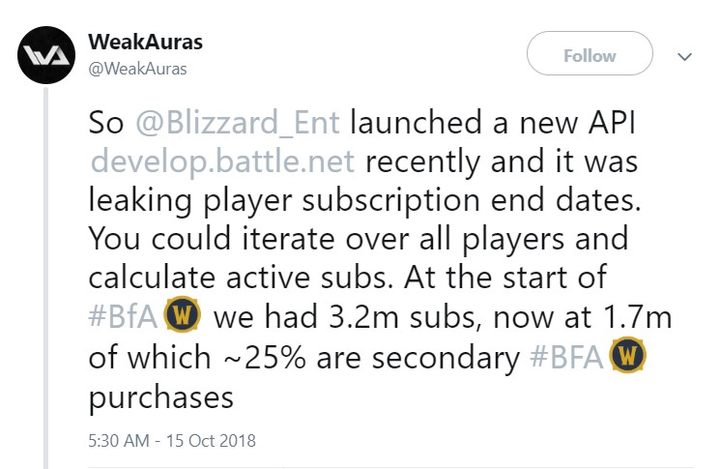 The leak, however, have to be taken with a grain of salt, as its source cannot be reached. The data was published on the official Twitter account of WeakAuras, a popular WoW addon. The tweet stated that Blizzards own API  develop.battle.net  was in fact leaking player subscription end dates. But tweets that followed revealed that the [original] post with those findings has been deleted. Furthermore, Blizzard itself contacted WeakAuras and said explicitly that the data was wrong. Currently, we are at the point where WeakAuras says things like, Just because something ended up being written on the internet, does not mean it's true, so the data should not necessarily be trusted. 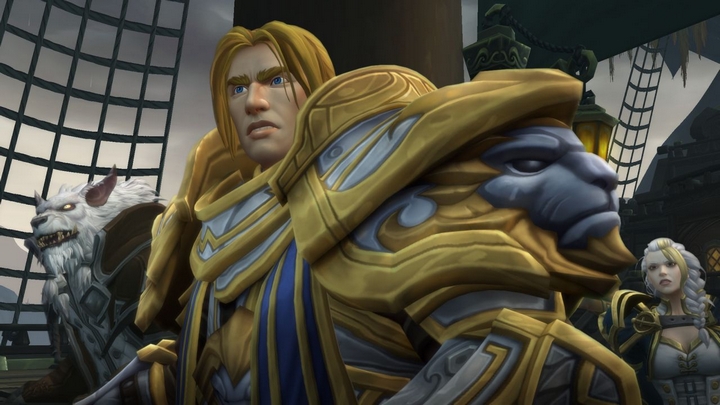 Battle for Azeroth made World of Warcraft huge again.

Blizzard gave up sharing subscription count back in 2015, a year after Battle for Azeroth made its debut. When the addon came around, there were 10 million players enjoying WoW simultaneously. Back in August, the game reached $161 million in revenue, rendering itself the second biggest PC title when it comes to popularity, losing only to Dungeon Fighter Online. 3.2 million is still quite a number, then  but it also pales in comparison to the good ol days of peak popularity.

Command & Conquer remasters are being considered by EA