Whatever we may say about Cyberpunk 2077, on PC the latest work of CD Projekt RED enables the creators of all kinds of mods to "go wild". Proof of this is a mod called Borderlandfy2077, which turns the game into pretty much another installment of the Borderlands series, adding a thick, cartoonish outline to the edges of objects and items. Impressive effects of the mod, which you can download from the Nexus Mods site, can be seen in the video below.

Before you start watching, you should know that in the meantime its author has already managed to introduce a patch, thanks to which the effect no longer displays on UI elements, but only on three-dimensional objects. In addition, the video presents one of the first missions, so if you do not want to spoil yourself,do not watch beyond the 9 minute mark. Incidentally, the quest, in which V and Jackie are ordered by Dex to retrieve the robot stolen from Militech by the Maelstrom gang, was covered by the gaming media long before the game's release, and even presented by the developers.

Another (although much shorter) video, showing the described mod in action, can be found at this address.

Borderlandfy2077 makes Cyberpunk 2077 look like a kind of prequel (not Pre-Sequel) to the Borderlands series. The effect looks great, and while it's visible on all objects, it's best on cars, weapons and characters. The impression of interacting with a Borderlands game grows during the shootouts, when characteristic digits begin to drop from the enemies, presenting the damage inflicted on them.

Finally, a word about the technical layer of the mod. The author informs that it is another version of his other mod, SuperVision. To run it, first we need to install the latest version of the Reshade tool, and then copy Borderlandfy2077.fx to the following folder: Cyberpunk 2077\n\n_64_shaders_Shaders and activate it in the game. 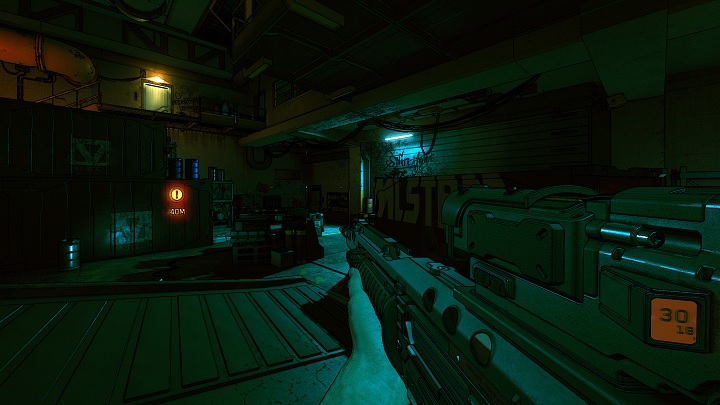